Briege Whitehead of White Spark Pictures is packing her bags, soon off to...

Briege Whitehead of White Spark Pictures is packing her bags, soon off to lead a team to Antarctica, producing and co-directing a world-first one-off factual virtual reality (VR) project THE ANTARCTIC EXPERIENCE, filmed in the isolated continent. 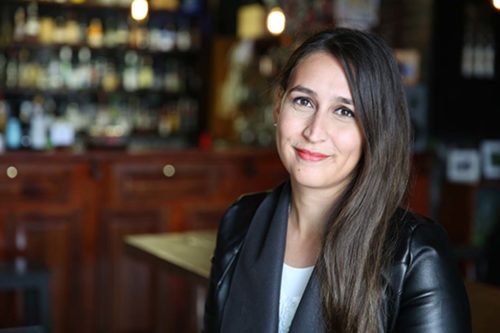 White Spark Pictures is the only media company to travel to Antarctica’s Davis research station for the 2017/2018 season with the Australian Antarctic Program (AAP).  The filming expedition and production of THE ANTARCTIC EXPERIENCE has been made possible with logistical support of the AAP and with On-Demand Content funding support from Screenwest and Lotterywest.

“Screenwest is very excited to have Briege, an emerging, female producer/director taking VR to new heights for Western Australia.  THE ANTARCTIC EXPERIENCE is poised to be like no other VR experience, providing audiences with extraordinary access to a land that very few have ever been.”

THE ANTARCTIC EXPERIENCE will use the latest technology in 3D and 360-degree VR cameras, drones and other technologies, and will be specially designed with a soundscape, visuals and audio to fully immerse audiences in the frozen landscape. Guided by scientists and expeditioners, the viewer will have the option to choose their own adventure, creating their unique behind the scenes tour.

Ms Whitehead, a 2017 Screen Producers Australia One to Watch, developed the project recognising how rare it is for people to have the opportunity to visit the continent.

“I feel incredibly privileged to be producing this project. The access we’ve been granted combined with a subject as important as this, it’s going to be incredible bringing the region to life on a whole new level,” said Ms Whitehead.

Whitehead and her team will fly into Davis station to meet the local scientists and follow their ground-breaking research. Activities such as monitoring penguin colonies during chick-rearing season, flying over enormous glaciers and undertaking survival training will be captured for THE ANTARCTIC EXPERIENCE audiences to immerse themselves in.

The project’s premiere exhibition is anticipated for June 2018 at the WA Maritime Museum, where viewers can interact with the film, choosing their own path and customising their personal experience within the virtual frozen world.

THE ANTARCTIC EXPERIENCE is proudly supported by Screenwest and Lotterywest, in partnership with the Western Australian Museum.  White Spark Pictures is travelling to Antarctica with the support of the Australian Antarctic Program.