Taryne Laffar of PiNK PEPPER and Sam Bodhi Field of Periscope Pictures have...

Taryne Laffar of PiNK PEPPER and Sam Bodhi Field of Periscope Pictures have been awarded the 2020 Brian Beaton Award for further development of their ground-breaking Indigenous Documentary Our Law, to transform the project into a factual series.

The Brian Beaton Award recognises the legacy of impact filmmaker Brian Beaton and is awarded annually to a filmmaker or filmmakers with a current social impact project that needs further support to reach its full potential. After such a successful round in 2020, Screenwest has recommitted to presenting the Brian Beaton Award again in future years. The beautiful ‘peace dove’ award sculptures a presented to the 2020 recipients were provided by Greg James Sculpture, the cousin of Brian Beaton.

Since its virtual premiere at the 2020 Sydney Film Festival and release on NITV and SBS On Demand, the 27-minute documentary Our Law has received significant critical acclaim and has since been acquired by Netflix Australia and New Zealand.

The documentary follows Sergeants Wendy Kelly and Revis Rider at Western Australia’s first Indigenous-run police station in Warakurna. The two Noongar officers learn Yarnangu Lore and culture and master the local Ngaanyatjarra language to police in a more meaningful way and connect with the local community.

The opportunity to develop the successful documentary into a factual television series has presented and the Brian Beaton Award will not only assist this development but, highlights the importance of the exploration of Indigenous Lore and authentic community engagement and the impact potential for this type of filmmaking.

Sam Bodhi Field, Producer at Periscope Pictures explained, “The team at Periscope Pictures and I are incredibly proud to be involved in this timely exploration of the role Indigenous officers play in rebuilding fractured Aboriginal-police relations, and of the raw power of policing with respect for language and culture.”

He continued to say, “From a personal standpoint, Brian Beaton was my very first mentor, giving me my first foot in the door of the film industry 15 years ago, and who continued to nurture my growth as a documentary filmmaker right up until his sad passing. I know that he would have been a strong supporter of this project, and I’m deeply honoured to be a recipient of this award in his name, which will make a huge difference to making this important series a reality.”

Taryne Laffar, Producer of PiNK PEPPER said, “From an Indigenous point of view, the Brian Beaton Award for our work on Our Law could literally mean saving Indigenous Peoples lives and reducing our extreme and disproportionately high incarceration rates here in Western Australia.”

She continued, “I personally didn’t think we would see an apology from the WA Police in my lifetime, therefore Commissioner Dawson’s leadership has well and truly opened a door that as Indigenous peoples, we probably thought was locked and bolted. To be given access to more deeply explore these issues and the problems our state faces through the voices of Indigenous police officers and the communities they police will help us ALL better understand our states history and the impacts of institutionalised racism.” 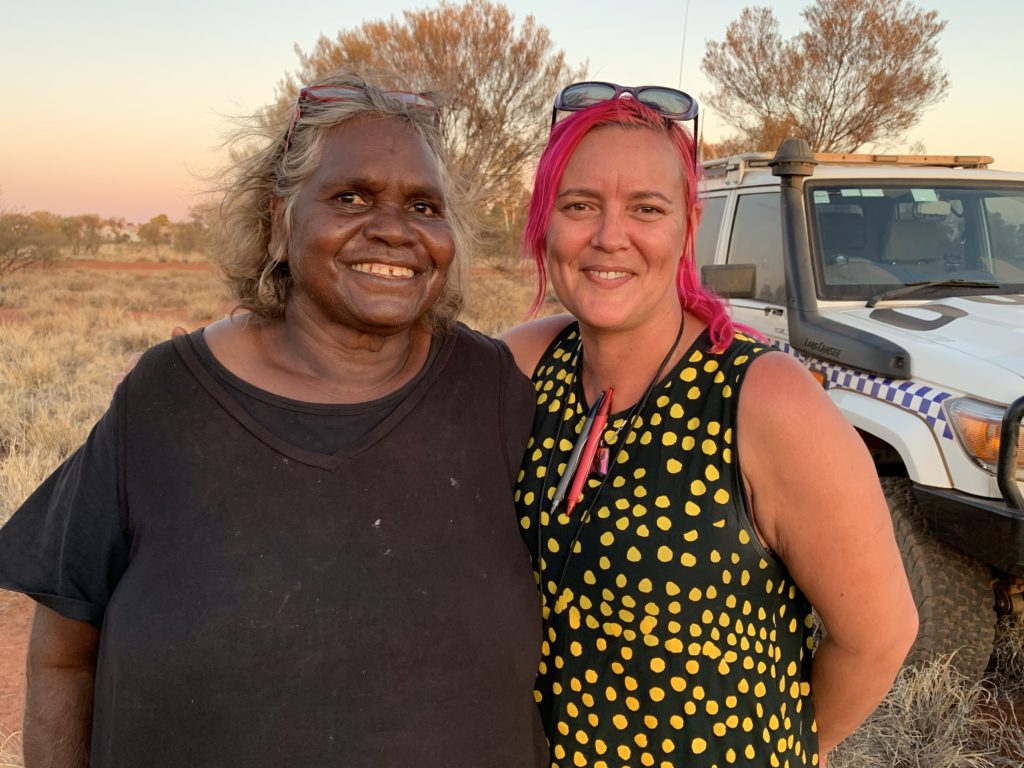 “It is with gratitude and honour that PiNK PEPPER accepts this prestigious award and I am relieved and invigorated that our pursuit to engage a social impact producer to work alongside us as we produce Our Law the series has been recognised. Thank you Screenwest and RIP dear Mr Brian Beaton.”

Devina McPherson, Screenwest’s Indigenous Manager outlined Our Law‘s funding journey by saying, “This film started with our Indigenous Development funding, then went on to successfully receive our Screenwest/NITV partner ‘Our Language’ Initiative and has now received Screen Australia funding to develop up an entire series that will cover the state. The acknowledgement of the impact of this project through the Brian Beaton Award is icing on the cake.”

She continued, “This project is a great example of how our pathway funding, then market initiatives can build on and strengthen individual craft, and new co-productions, as well as put First Nations stories from WA out there to national and global audiences. “

Development of the series is due to commence in 2021.

For images or to arrange an interview, please contact: