The eight powerful, Indigenous female writer directors will soon embark on a development process to create one scripted eighty-minute Indigenous Feature Film exploring the theme of ‘missing Indigenous women’. Each practitioner will write and direct a ten-minute short film, ultimately creating an anthology of stories from a female Aboriginal perspective combined into one feature film.

Screenwest Indigenous Manager, Devina McPherson said, “I’m very proud and incredibly excited to be supporting such a unique initiative. RED will explore ground-breaking Western Australian stories from eight strong female Indigenous perspectives, giving them a united voice that will be heard around the world.

“It’s truly going to be something special and to be produced in this format by three incredible Indigenous production companies is a first in Australia.”

Jodie Bell of Ramu Productions explains, “I cannot wait to get into the writers room with these ladies – they are brimming with amazing story ideas and to be a part of bringing those ideas to the screen and to then share these important stories with the world is exciting. I feel extremely honoured to be involved and look forward to sharing this journey with Taryne Laffar, Kerry Warkia, Kiel McNaughton, our writers and our script editors – Dot West and Louise Gough.”

Kerry and Kiel of Brown Sugar Apple Grunt, and executive producers of RED said,  “We are absolutely thrilled to be working with such a talented indigenous team of writer/directors and producers! It’s great to have the support from Screenwest who see the value in the methodology and framework used for creating Vai and Waru. We can’t wait to get started!”

The workshops will take place online from August due to current COVID-19 travel restrictions. It is anticipated that the project will go into production in mid 2021, once the project is fully financed. Screenwest will be making approaches to potential partners interested in supporting such a ground-breaking project, for WA Indigenous stories.

Read on for more information about the selected WA Indigenous Female writer/directors for RED. 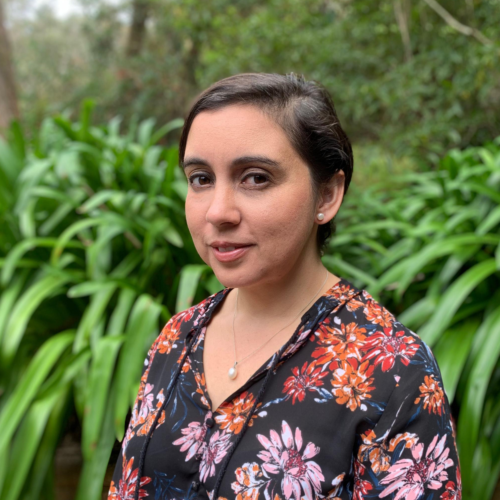 Kodie was born and raised in the Western Australia’s Mid-West with strong family ties to the East Kimberley.

Kodie started as a cadet journalist for the Special Broadcasting Service (SBS) in 2008 and then moved to the Australian Broadcasting Corporation (ABC) as a researcher for flagship Indigenous documentary series Message Stick where she directed and produced her first documentary in 2012.

After leaving the ABC in 2015, Kodie has worked as a freelance screenwriter. Kodie wrote two episodes for the AACTA award winning ABC drama series Mystery Road starring Aaron Pederson and an episode of the AACTA Award nominated National Indigenous TV (NITV) and ABC ME children’s series Grace Beside Me.

In 2019, Kodie made her directorial debut with short film Scout as part of the Dark Place horror anthology, the first horror anthology of its kind by Indigenous Australian filmmakers, and was selected for the Sydney Film Festival, Melbourne International Film Festival, CinefestOZ, Brisbane International Film Festival and ImagineNATIVE as well as being nominated for Short Film Production of the Year by the Screen Producers Australia Awards.

Kodie is mentored by Yahlin Chang who is executive producer and writer of The Handmaid’s Tale; a mentorship set up by Australians In Film. 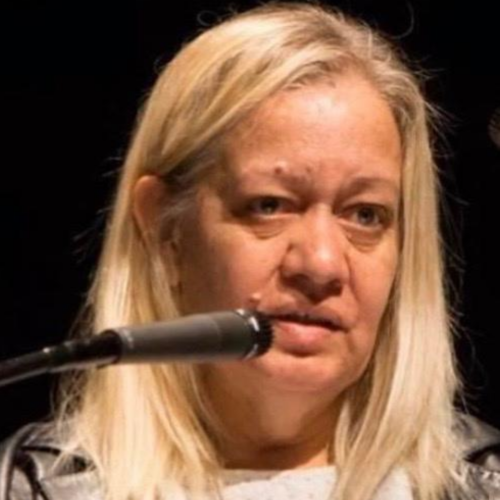 Debbie Carmody is an Anangu woman who began broadcasting in 1984 with ABC radio in Kalgoorlie, Perth and Sydney. She left the ABC to work in Community Radio.

Debbie enjoys working in Community Radio as it is relaxed and not pretentious, it is laid-back and accessible to the local community. It’s a nice environment to work in. However, she does have a deep passion for filmmaking and made three short films in the early 2000’s. She would love to work with PiNK PEPPER and Periscope Pictures in the development of Our Law with a view to making more films in the coming months and years.

Debbie has a strong interest in the development of First Nation Radio and story-telling in the Goldfields region, because it allows First Nation people a ‘voice’. 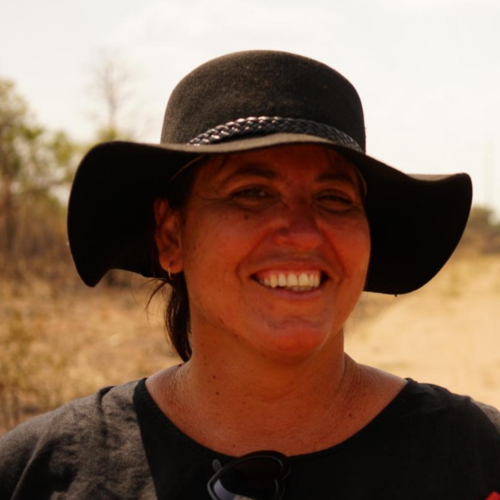 Jub Clerc is a Nyul Nyul/ Yawuru woman whose descendants reach as far into the Bardi and Juru tribes of the Kimberly regions of WA.

At the impressionable age of 14, Jub went on a national tour over four years, with the first Aboriginal musical Bran Nue Dae, written and performed by members of her family, which sent her down the path of the creative sector.

Jub has directed over 15 micro-docs for ICS, as a grass-roots initiative to help Indigenous communities record their stories. She has written and/or directed short films and mini docs, Storytime, Music Men, Min Min Light, Molly & Cara and Abbreviation from the feature anthology – The Turning.

Jub wrote her first play The Fever and the Fret which world premiered at Yirra Yaakin Theatre Co. and won the prestigious Kate Challis Award.

In 2019 Jub directed two episodes on her first TV series The Heights Season 2.

Jub is set to direct her first feature film with Arenamedia in 2020/21, which she co-wrote. 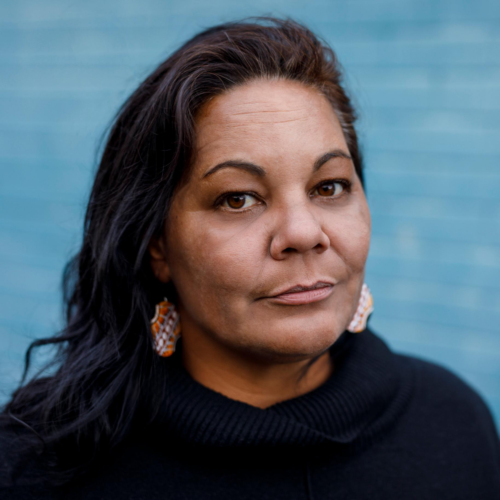 Kelli Cross is a Nyoongar/Malgana/Wadjela woman from the Fremantle area of Perth.

She discovered a passion for the arts during her school years, compelling her to leave early and pursue a career as an actress and filmmaker. Those plans were put on hold to raise a family. She has never given up this desire for storytelling, only now she is stepping behind the camera and focusing on creating her own stories, while juggling the demands of motherhood.

Since she started writing and directing her own short films, Kelli has completed an attachment to Rachel Perkins on her feature Jasper Jones as a part of the ADG’s Directors Attachment Scheme in 2015.

Before that she won her first award for Best Indigenous Film for One Fine Day at the 2014 Shorts Film Festival in Adelaide and was recently nominated for other awards, such as the Australian Directors Guild Awards and the Melbourne Webfest in 2018, for directing the web-series Aussie Rangers, which is screening on ABC iview. 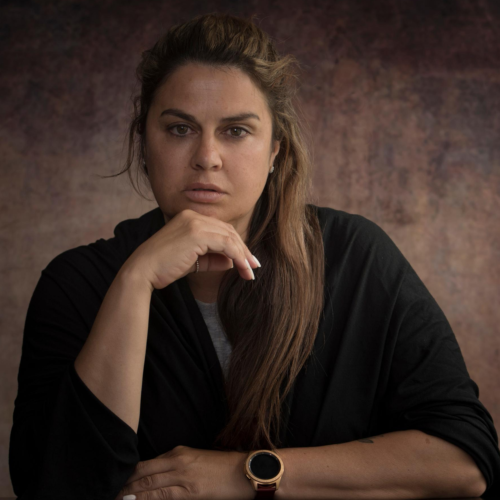 Karla Hart is an award-winning filmmaker, actress, radio personality, was Perth’s NAIDOC Artist of the Year in 2009 and 2017 and holds a WA Screen Award, WA Fringe Award, WA Performing Arts Award and a Deadly Award.

Karla is currently the Executive Producer of weekly sports entertainment show Yokayi Footy for AFL and NITV. Karla also has an extensive background on radio, as an actress and playwright, as a Noongar cultural dancer and choreographer, singer and speaker, MC, workshop facilitator for dance, Noongar language and performance and major event management with Wardarnji Festival for the City of Fremantle for last 9 years in addition to NAIDOC and seasonal festivals and events across the City of Perth. 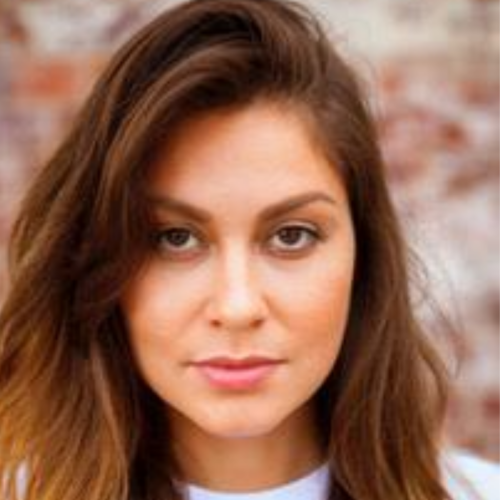 Proud Bardiwoman, Chantelle Murray began her career as a performer in Queensland, but found her true passion off-screen as a writer and director developing her own content with a focus on Aboriginal History.

Chantelle’s passion for storytelling & unique artistic perspective has earnt her credits on a range of projects. Chantelle’s debut directing piece My Name Is Mudju was released last year and has been selected to screen at the prestigious Bronze Lens Film Festival, Melbourne International Film Festival, CinefestOZ and won best short film at Rotorua Indigenous Film Festival.

Her second film Shed (2019) proudly supported by Screen Australia Indigenous Department, ABC and SQ opened at the Sydney Film Festival this year and screened at WINDA and CinefestOZ Film Festivals. 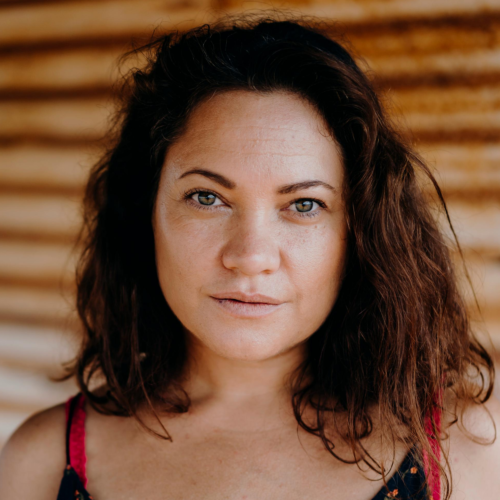 Ngaire Pigram, a Yawuru and Wajarri woman, is an emerging writer and performing artist from Broome, Western Australia.

In 2014 Ngaire made her writing and directing debut behind the camera with hard hitting short, Dark Whispers which premiered at the Get Your Shorts On Film Festival. She most recently played Aunty Theresa in Bran Nue Dae 2020 for Australian Opera at Sydney and Perth Festivals, before the touring season was cancelled (COVID-19). She has played the role of ‘Dunkabarr’ in Marrugeku’s touring production of Cut the Sky since 2015. A participant of the Goolarri Writer’s Program since 2014 as an actor and writer.

Ngaire is currently working on the next draft of Pearl Jammin after co-directing the 2019 creative development public reading. She is also developing a solo theatre work, My Name is Cora. 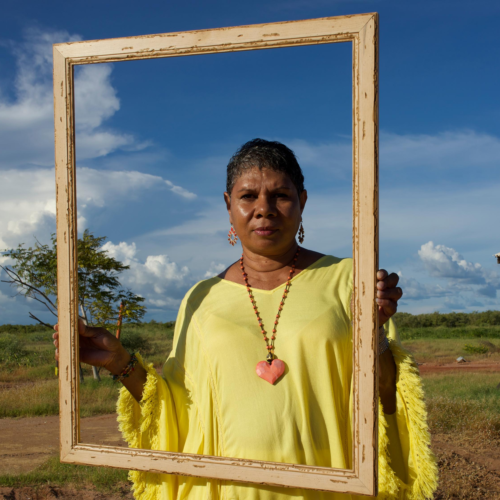 Mitch began her career in the Media Industry more than 30 years ago.

She was SBS’s first Indigenous Presenter in 1988 and went onto do her cadetship with ABC TV based in Perth. Mitch was the first presenter and field journalist for GWN’s long running magazine program Millbindi. Mitch then turned to a successful period as a Broadcaster for both Indigenous radio stations: Goolarri in Broome and WAAMA6NR in Perth before settling back with ABC Kimberley as the morning show’s presenter and producer.

In the mid-1990’s Mitch turned her talents to visual storytelling and made her first short drama for the Shifting Sands Short Drama Initiative (SBSTV) she then began making documentaries (many award winning) such as Jandamarra’s War, and the heartbreaking Whispering in our Hearts, a historical documentary about the Mowla Bluff Massacre in the West Kimberley.