Quokka checking out the 360-degree camera on Rottnest Island. Photo by Leighton...

The two-part documentary series by Sea Dog TV International explores a set of islands on the west coast of Australia whose animals defy all laws of nature.

The three islands lie side by side, but each is ruled by a different animal: the Quokka, the Little Penguin and the Tiger Snake.

Using the latest equipment and filmmaking techniques, ROTTNEST ISLAND KINGDOM OF THE QUOKKA reveals an exclusive and intimate look at the inhabitants and those intertwined in their lives on the islands and in the fringing ocean.

“Sea Dog TV started collaborating with Rottnest Island back in 2015, where we pitched the idea of a 2 x 1-hour 4K documentary on Rottnest, Carnac and Penguin Island to the team,” said Executive Producer Jodie De Barros.

“In the ensuing years, the collaboration proved to be extremely successful. Sea Dog TV forged a strong relationship with Rottnest Island and with the support from Screenwest, National Geographic, our German co-producer and Mind the Gap, we were able to produce this wonderful series and tell the story of the Quokka from a different perspective.” 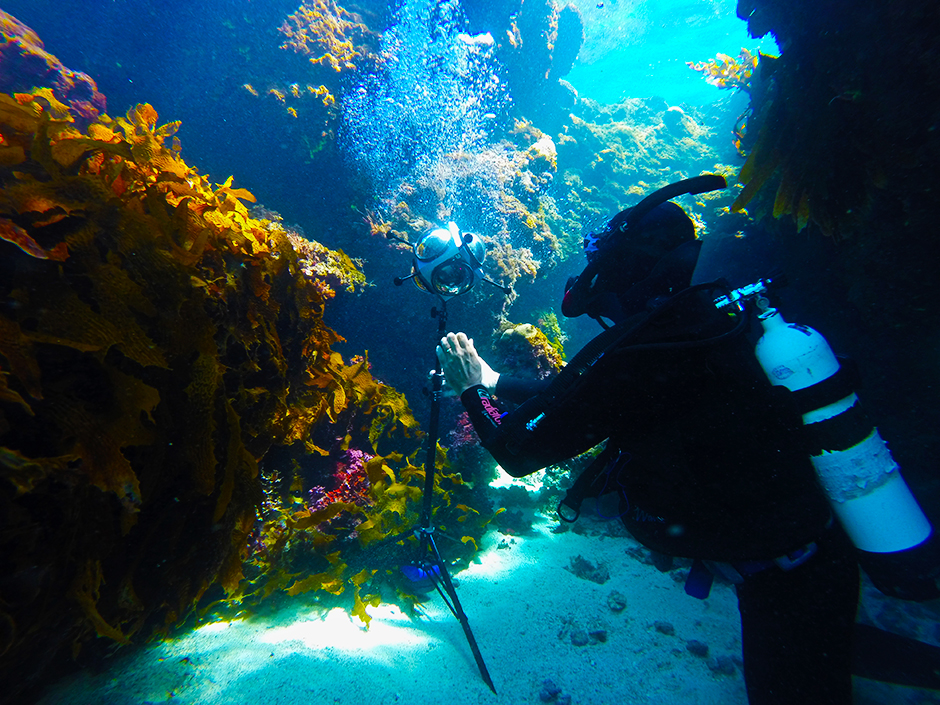 Behind the scenes of ROTTNEST ISLAND KINGDOM OF THE QUOKKA, filming in 360-degrees in a cave in Little Salmon Bay. Photo by Ben Gow © Sea Dog TV International.

Writer/Director Leighton De Barros said, “For the first time the entire life-cycle of the Quokka has been captured on 4K and will be shown to the world.”

“The film is the first of its kind to explore the island’s wildlife in such detail and capture behaviour never filmed before.

“The team and I spent weeks capturing footage on the 360-degree camera system, including many diving forays along the south coast of the island, where we captured stunning marine life including rare Australian Sea Lions and New Zealand Fur Seals.”

Always pushing the boundaries of film-making, their award-winning creative team is highly experienced across all genres of film and television production.  The company excels at the unpredictable genre of natural history and wildlife filmmaking, observational style documentary and the production of 4K and Virtual Reality production.

ROTTNEST ISLAND KINGDOM OF THE QUOKKA is a Sea Dog TV International and Moers Media GmbH production with development and production assistance from Screenwest and Lotterywest. It was filmed on location in Western Australia.