Season 7 of the ratings smash hit will premiere on Discovery on 2 June, with the prospectors taking the hunt to Australia’s final frontiers where the veteran miners fight to keep their gold plants operating in the brutal outback conditions; the hunt for gold will tear some teams apart and unite others in the hottest gold rush on earth.

The series is produced by Western Australian production company Electric Pictures, which continues to be one of Australia’s most prolific producers of factual programming. Established in 1992 by CEO Andrew Ogilvie, Electric Pictures has earned a reputation as a premium producer of high-quality content for some of the world’s biggest broadcasters.

We chatted to Andrew about the incredible reach of Aussie Gold Hunters, the team who put the series together and the company’s highlights from the last three decades.

Congratulations on reaching the 100-episode milestone! To date, Aussie Gold Hunters is Discovery Australia’s most successful and highest rating local production on record. Why do you think audiences have gravitated to the series so much?
Aussie Gold Hunters has an estimated 40 million fans in more than 140 countries across many different cultures.  So the reason why people love the show does vary from place to place. That said there are some common themes. Firstly, while we know there are many white-collar workers who love the series, the majority of viewers are blue-collar workers, just like our prospectors and miners. Aussie Gold gives these viewers a rare opportunity to see stories about people like themselves on the screen, and they like it.  Secondly, we do our best to make the viewing experience aspirational and as a result many viewers dream that one day they too can give up their day job, travel to Australia, and join the hunt for gold.  Lastly, gold has fascinated civilisation for many thousands of years and there are lots of people who just love to see this alluring metal dug up by our intrepid heroes, week after week. 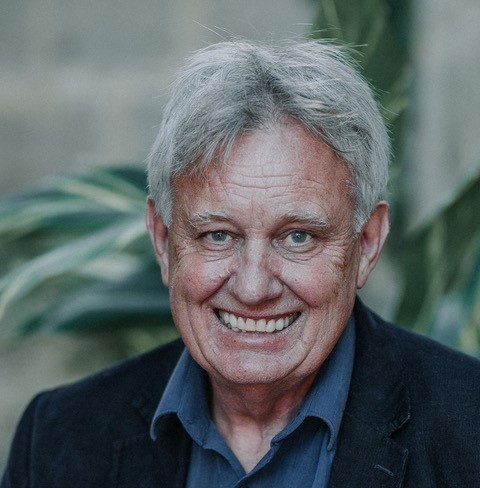 Season 7 drops in a couple of weeks – what we can expect to see in these new episodes?
Season 7 of Aussie Gold Hunters introduces a number of new characters with exciting new stories, while further exploring the lives of returning characters. It takes the cast to new locations. It shows them using new technologies and overcoming new obstacles in the hunt for gold. It’s more of the same but from new perspectives, and with some surprising outcomes that will keep the audience on the edge of their seats.

Producer Robin Shingleton was recently promoted to executive producer. How essential has the key creative team been over the years on Aussie Gold Hunters?
The quality of the key creative team is incredibly important to the success of a series like Aussie Gold Hunters. Recognising this, Electric Pictures has, over the years, put a lot of effort into mentoring team members to take on new, and more senior creative roles. For example, moving from edit assistant, to online editor, to story editor and, in another instance, moving from production coordinator to camera operator and then on to shooter/director.

In addition, we have been successful in attracting new talent to Western Australia from the Eastern States and overseas. Robin Shingleton joined us from New Zealand five years ago to take on the role of Series Producer for Aussie Gold Hunters. Subsequently, he has played a major role in turning the series into the huge international success we now enjoy. With this recent promotion he will take on a more senior role within the company, across Aussie Gold Hunters and a number of new shows we are developing. The Aussie Gold Hunters reins have been handed to Jason Giberti who has joined Electric Pictures as Series Producer from Raw TV in the UK where he was series producer of Gold Rush. Jason has an excellent track record and we fully expect he will further strengthen the global success of the series. Working under these creative leaders are a team of story producers, shooter/directors, edit directors and other specialists both on location and in the edit room – all of whom make important contributions to the series outcome. So, the team is very important. It is everything.

Electric Pictures also celebrates 30 years of production in June. Can you tell us how the company has grown over the decades, and some of the highlights?
In 1992, Electric Pictures started producing single hour documentaries before progressing to mini-series and on to larger longer running series like Aussie Gold Hunters. Over 30 years we have produced more than 50 titles. They include some very challenging projects like Child Soldiers – a one-hour special about children who have been forced into fighting in wars, which was filmed in some of the most dangerous places on the planet, including: Myanmar, Sierra Leone, Uganda, Southern Sudan and Colombia. Equally, I would rate very highly Jandamarra’s War, a dramatised documentary about an Aboriginal freedom fighter who fought against the colonialists in the Kimberly in the late 1800’s, which Electric Pictures co-produced with Wawilli Pijtas in Broome eleven years ago and which won Best Documentary Under One Hour at the inaugural ACTAA awards in 2011.

The four-part dramatised documentary, The War the Changed Us, which was made in 2014 to commemorate the start of WWI was probably one of the most ambitious projects we have produced. The drama component was filmed over six weeks in and around Perth with a crew and principal cast of more than 70, plus scores of extras. I’m also very proud of The Secret History of Eurovision, a mini-series which explores not only the history of this famous event but also how this history reflects the history of Europe since the early 50s. It’s a fun show which we co-produced with the UK company Book Lapping, and with the backing of SBS and nine European broadcasters. The two-part biography of Rupert Murdoch, called simply Murdoch, was another important milestone for the company in a new and very challenging genre, where the penalties for getting your facts wrong can be very high.

Electric Pictures have made many more programs which are important in their own way, across a range of genres including: history, science, international affairs and human interest, and it’s difficult to play favourites. They are all very special. I’m sometimes amazed that any of them were made, given how difficult it is to finance television production.

Can you share what the Electric Pictures development slate is currently looking like?
I can’t give away many details, but the next couple of years are looking very exciting. I expect Aussie Gold Hunters to continue for a few more years, and we have a very strong development team, led by Head of Development Nick Hopkin, which is turning out new ideas at a furious pace. There is a spinoff of Aussie Gold Hunters we have made that we would like to see return, and at least one other series in another popular genre we think will go into production in the next six months. In addition, we are developing a number of specials, limited series and returnable series, which we are marketing internationally, and which I’d very much like to see commissioned. Indeed, the future is looking very bright, and I’m confident Electric Pictures will be producing screen content for an international audience for many years to come.

Aussie Gold Hunters (Season 7) will screen on Discovery at 7.30pm AEST on Thursday, 2 June, available on Foxtel and Fetch.

Aussie Gold Hunters (Season 7) is produced by Electric Pictures, with the assistance of Screenwest and Lotterywest, and VicScreen’s Regional Location Assistance Fund, and supported by the State Government of Western Australian through the Royalties for Regions Program and the Western Australian Screen Fund.