Cutting-edge Western Australian production company, Prospero Productions is thrilled to announce it has kicked off production on its third immersive documentary, Star Dreaming, in partnership with Yamaji Art and the joint winner of the Premier’s WA Scientist of the Year 2020, the internationally renowned astrophysicist, Professor Steven Tingay.

This Full Dome feature comes hot on the heels of the company’s first two immersive documentaries, Ningaloo – Australia’s Other Great Reef which premiered at the WA Maritime Museum to a sold out 5-week run in 2019 and Whale Super Highway, which made its world premiere at CinéfestOZ 2019 in Busselton to critical acclaim.

Star Dreaming will explore Indigenous sky stories, as seen through the eyes of Yamaji artists from the mid-west region of Western Australia and explain the science behind them with the assistance of the world’s largest radio telescope – the Square Kilometre Array (SKA) – located on the land of the Yamaji people. This follows on from a decade-long relationship Yamaji Art has had with the SKA and the internationally-renowned Ilgarijiri and Shared Sky projects. 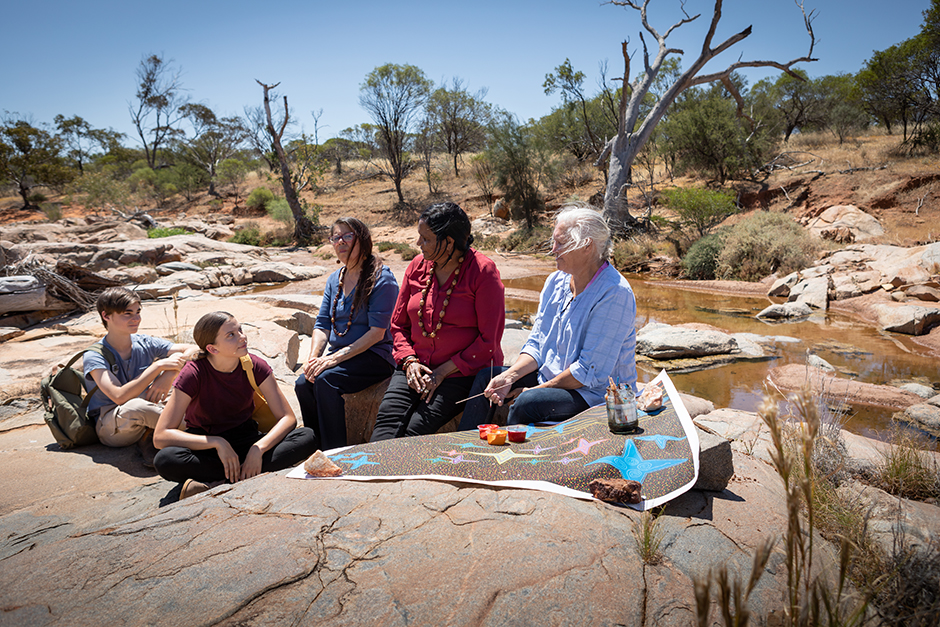 Built on the Murchison Radio-astronomy Observatory, this state-of-the-art SKA radio telescope has been decades-in-the-making and will be able to pick up electromagnetic waves from events that have taken billions of years to get to Earth, allowing scientists to look back further into the universe than ever before.

Indigenous Australians have been star gazing for over 60,000 years, making them some of the oldest astronomers on earth. Star Dreaming is an art-meets-science-collaboration for all ages.

Told from the perspective of two children, Star Dreaming will fuse live action with CGI animation to create a cinematic experience for 180-degree dome cinemas – one of the most immersive, cutting edge and entertaining ways to truly experience our universe and Indigenous culture.

The film will be directed by Western Australian Indigenous filmmaker, Perun Bonser following the recent release of his short film, The Shore, as part of the ABC’s acclaimed horror anthology series, Dark Place.

“Star Dreaming is an incredibly bold and authentic concept, telling a story that has never been told this way before. It is one that I believe will move, excite, and resonate with audiences worldwide and after several years of unwavering determination. I am honoured to be working with Prospero and Yamaji Art in finally bringing this film to fruition,” said Director, Perun Bonser.

Yamaji artists including Margaret Whitehurst, Wendy Jackamarra and Charmaine Green, as well as Barbara Merritt and Kevin Merritt will be featured in the documentary, alongside their artwork of famous constellations such as the Seven Sisters, the Jewellery Box and one of the most important star stories to the Yamaji people – the Emu in the Sky.

“Many of our stories get handed down from generation to generation and are important to us as they tell us about our lore, culture, social structures and important hunting seasons. Stories and information that we will still use today,” said Yamaji Elder, Kevin Merritt.

“Screenwest is pleased to support the production of Star Dreaming in Western Australia’s Mid-West region. We are excited to see how the ancient stories of the stars from the Yamaji People will be explored in this unique and immersive format,” said Willie Rowe, CEO of Screenwest.

“The Mid West Development Commission is excited to see Star Dreaming come to fruition, helping to profile the advantages of filming in our unique region and developing new local skills. We are particularly excited to see two local school children Lucia Richardson and Max Winton, taking on the child leads, positioning them for future career opportunities,” said Tim Glennister, Chair of MWDC

“It has been a privilege to work alongside my colleagues from Yamaji Art for the last decade, exploring Indigenous and non-Indigenous views of the Universe and the human stories that connect us all to the night sky. Star Dreaming takes our unique relationship to a new format and to new audiences, which is extremely exciting. We can’t wait to bring our stories to the world, with the world’s most advanced telescope, the SKA, as the background,” said Professor Steven Tingay. 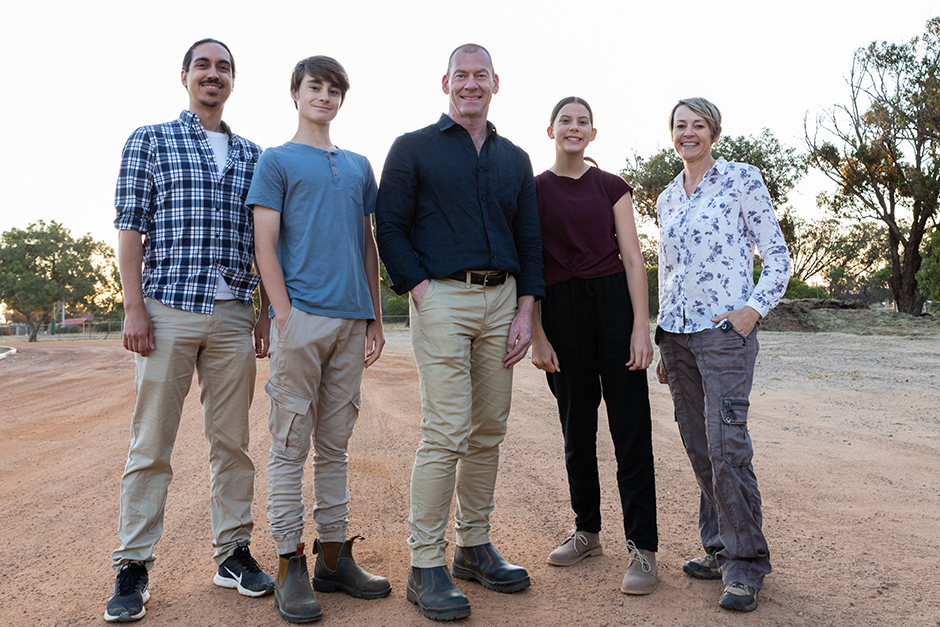 The filmmaking team consists of producers Julia Redwood and Jules Fortune in collaboration with Yamaji Art in Geraldton and in consultation with Professor Tingay, in his role as Deputy Executive Director of the International Centre for Radio Astronomy Research (ICRAR) at Curtin University. Director of Photography is Mick McDermott and Executive Producers are Julia Redwood, Jules Fortune, Ed Punchard and Ian Booth.

Prospero Productions is one of Australia’s most prolific and innovative factual production companies, having produced a vast number of multi-award-winning documentaries and documentary series including Martin Clunes: Islands of Australia, Outback Truckers, Outback Opal Hunters, Railroad Australia and Batavia Revealed. Based in Fremantle, Western Australia, the Prospero team is passionate about telling compelling Australian stories.

Production credit: Star Dreaming is produced by Prospero Productions in partnership with Yamaji Art. Principal production investment from Screen Australia and produced with support from Screenwest and Lotterywest and the Western Australian Regional Film Fund and ICRAR / Curtin University.