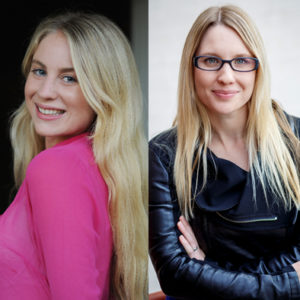 The winners will be announced on Monday, 3 December 2018.

JUDAS Collar on the Festival Circuit

JUDAS COLLAR has been making a splash in the 2018 Australian film festival circuit, even before its prestigious AACTA Award nomination.

The film has also been officially selected for the Melbourne International Film Festival Australian Shorts program where the film will be eligible for the Academy Accredited Best Short and Best Australian Short Film Awards. 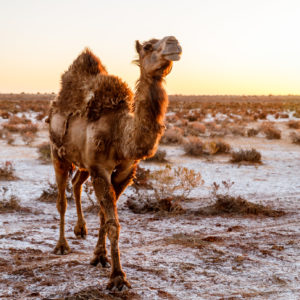 JUDAS COLLAR is an ambitious, visually stunning short with no-dialogue, starring a cast of camels.

The film explores camel culling in Australia based on a real-life practice. JUDAS COLLAR is the name of the tracking device used to control wild camel populations in the outback.

The idea for the short drama came when Alison was researching a documentary about helicopter pilots in the outback.

“I was looking at the most interesting helicopter work being done in Australia and I came across a company that listed feral animal culling, specialising in the use of Judas Collars,” said Ms James.

“I thought to myself, what the hell is a Judas Collar? I was amazed that a scientific tracking device had been given such a biblical name.”

The collars are placed on a single camel within a herd and the herd is then tracked and culled, leaving only the collared animal alive. That animal – known as the Judas, then finds a new herd and gives away their location to the hunters. 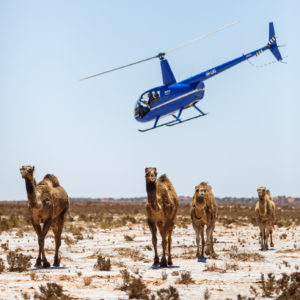 Brooke and Alison said that shooting the film was incredibly challenging and involved transporting the camels, a helicopter and crew to remote desert locations and filming in searing hot weather.

The pair enlisted Calamunda Camel Farm owner Chris O’Hora as their camel wrangler – but with eight camels to wrangle, every crew member could consider themselves a camel wrangling expert by the end of the shoot.

“The shoot was gruelling and it’s a testament to our incredible crew that this film has been nominated for Australia’s most prestigious short film award.,” said producer Brooke Tia Silcox. “In the six-day shoot we had eight flat tyres, two bogged vehicles and a blown head gasket on our camel truck… so to be acknowledged for our work feels fantastic!”

“These are all award-winning, busy filmmakers who work on cutting-edge projects and for them to come on board a short film is a testament to the way in which experienced practitioners in WA support emerging producers and directors,” said Alison. “We would not be nominated for this award without their talent and generosity.” 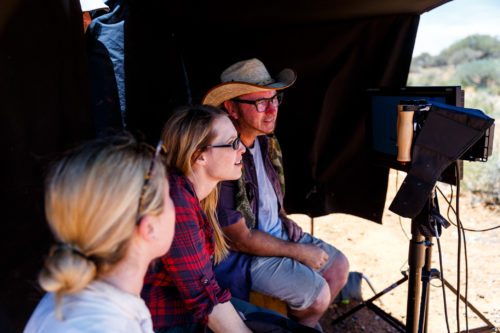 JUDAS COLLAR was produced by No Thing Productions, executive produced by WBMC and Walker Films, and funded through Screenwest’s highly competitive Elevate Initiative.