Skip to main content
Home • News • Latest News • I Met A Girl on screens around the world!

I Met A Girl on screens around the world!
Western Australian feature film...

Western Australian feature film I Met a Girl is set to have its world festival premiere at Busan International Film Festival and has sold to several territories around the world.

I Met a Girl will screen as part of the World Cinema section of the renowned festival. Producer Adam Dolman said, “I’m thrilled that our film will have its festival premiere at the prestigious Busan International Film Festival next month, the largest film festival in Asia. It’s a testament to our incredible cast and crew that we were selected.”

Dolman can’t wait to share the film with Australian audiences with a release planned for 2021 and spoke highly of Western Australia, “We all loved filming in idyllic WA with the first-rate cast and crew there.”

Co-produced by WA’s Factor 30’s Melissa Kelly and Ryan Hodgson, the film wrapped last year but the international and Australian launches have been delayed due to the shutdown of festivals.

Melissa Kelly and Ryan Hodgson said, “We are excited that this beautiful film about love, family and following your heart will premiere at the Busan International Film Festival in 2020.

“We have loved working with talented director Luke Eve, and brothers Adam and Glen Dolman on this heart-warming film which released in the US this week.

“Brenton Thwaites’ tender performance as Devon, a young man who overcomes personal challenges in his quest to find the girl of his dreams, will charm audiences and remind us of the power of love.

“The film showcases many stunning locations like the west end of Fremantle, the Swan River, Kings Park and the South Perth foreshore.” 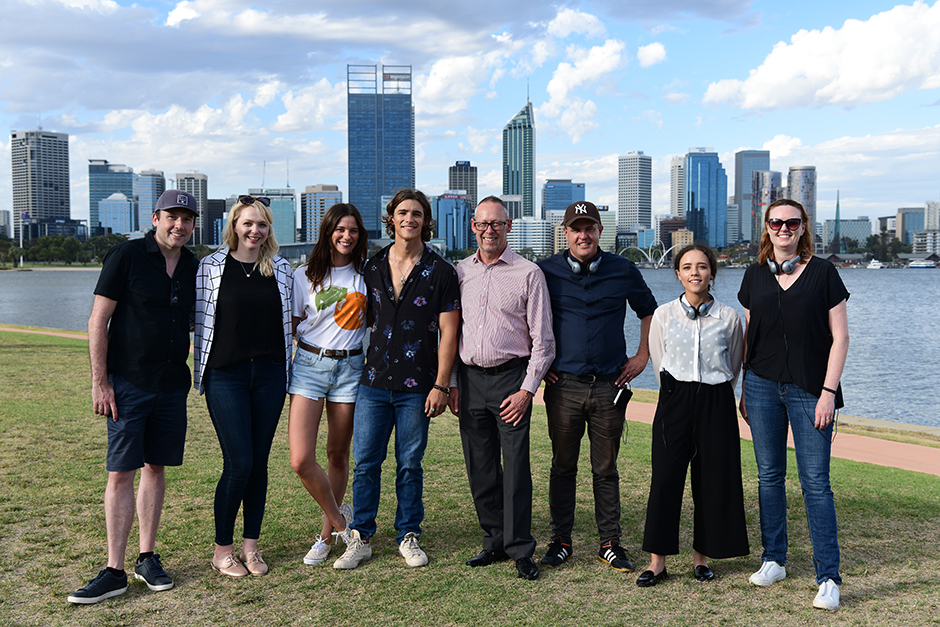 Gravitas Ventures also launched the film in the US on VOD to capitalise on current extreme demand for new content.  The film’s international sales agent Alliance Media Partners has also signed deals with Russia, Korea and other territories to be announced.

Scripted by Adam’s brother Glen Dolman (Bloom), the plot follows Thwaites’ Devon, a 20-something aspiring musician with schizophrenia, who relies on his older brother Nick (Joel Jackson) to get by. On a downward spiral, Devon is saved by Sullivan’s Lucy – a mysterious girl who is just as impulsive and romantic as he is.

When she vanishes, leaving him with a note to ‘meet me in Sydney,’ he sets out on a cross-country journey to find the girl of his dreams… who may just be in his head.