Emerging filmmakers on the rise through Screenwest’s Generate Fund

Screenwest’s Generate has awarded two filmmaking teams $10,000 each to produce...

Screenwest’s Generate has awarded two filmmaking teams $10,000 each to produce their short films under the guidance of Ros Walker of Walker Films as Executive Producer.

Miley Tunnecliffe and Emilia Jolakoska’s digital comedy series CALLING, launched into pre-production two weeks after learning of their successful application and are currently in post-production. 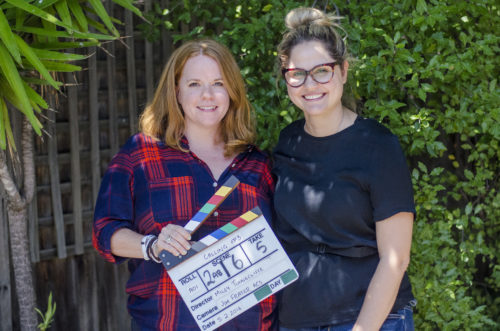 Miley is an experienced actor and writer and she privately funded her previous short, LOLA AND LUIS, to be able to direct it.  CALLING is her first film which she has received funding support as a director.

“My aim has always been to work as a multi-hyphenate film and television maker. Being recognised now for my directing by Screenwest is truly fantastic,” said Miley.

CALLING chronicles the dysfunctional relationship between a Mother (played by actress Debra Lawrence of PLEASE LIKE ME) and her daughter, played by Miley. The series is produced by Miley and Emilia Jolakoska, whose comedy-drama credits include the award winning short THE FAN.

The second Generate project is BROTHERS, from the team that made the compelling WA Screen Academy short film RIFT. Hannah Ngo will produce with Quentin Curzon directing and Clare Toonen writing. Jake Blackburn is on board as cinematographer and Jarrod Burton as editor.

BROTHERS is the story of the bond between two brothers being pushed to the limits when an arranged reunion with their estranged father goes awry. The film is due to shoot in June 2018.

Quentin Curzon said, “Getting this funding fresh out of film-school and with a team of my ex-classmates will allow us to build on the foundations we’ve established and take what we can do to the next level. I can’t wait to get started!”

“I’m excited to be working with Miley and Emilia what I’m sure will be make another classic WA comedy web series, and help realise the next project from the stellar team of Hannah, Clare and Quentin. These are projects that make us laugh and cry at the fragility and foibles of humans, and I can’t wait to see them on screen,” said Ros.

The objective of Generate is to give talented new-comers to the screen industry, or new-comers to directing, a chance to take their skills to the next level.