A specialist police team working in the multicultural community of Mirrabooka is the...

A specialist police team working in the multicultural community of Mirrabooka is the subject of a documentary was screened nationally on Wednesday, 13 June 2018 at 8:30pm on SBS.

BEHIND THE BLUE LINE takes viewers into the WA Police’s Multicultural Unit, who are tasked with both enforcing the law and breaking down barriers in an area which is home to 70% of Perth’s newest migrants, from 62 different nationalities with 102 languages spoken.

In the background, the Multicultural Unit continues its efforts to earn the trust of the community – which is vital to modern, intelligence-led policing. 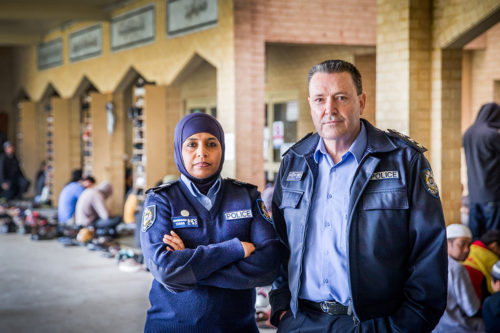 The Multicultural Unit is headed up by Inspector Don Emanuel-Smith and Acting Sergeant Zen Kassim, the only WA Police officer to wear a hijab on duty.

Their task is to balance the delicate relationship between working police and a community where many people come from countries where police are treated with suspicion, and often simply feared.

Acting Sergeant Kassim is forthright about policing in a multicultural community.

“I personally feel that instead of focusing on my faith, the community and the members of the public should respect the uniform that I am wearing and the agency I represent,” Acting Sergeant Kassim said.

“They should understand that officers from different religious backgrounds, cultures and faiths working in this agency are a representation of people from the diverse background that live in WA.” 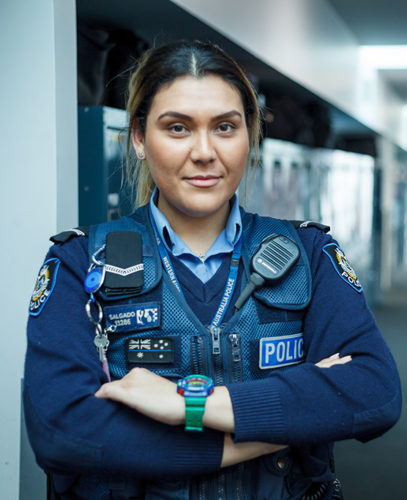 Other Mirrabooka police officers have their own multicultural backgrounds: BEHIND THE BLUE LINE goes on the road Kenyan-born Probationary Constable Jane Smith and Australian-Chilean First Class Constable Barbara Salgado.

BEHIND THE BLUE LINE is the work of Perth production company Periscope Pictures with producer Alice Wolfe, co-director Sam Bohdi Field and writer/director Stuart O’Rourke and was developed and produced in association with Joined Up Films.

Stuart O’Rourke said BEHIND THE BLUE LINE would give people the opportunity to see how a police force operates in one of the most culturally diverse regions in Australia.

“The viewer will get to know who the police officers are behind the uniform and they will experience a fresh take on some of the challenges that new arrivals face in their new land.

“It is always fascinating to access unfamiliar worlds and this film was no exception.

“Whilst no relationship is perfect it was interesting to witness the proactive nature of the policing and the mostly positive reception from the community, but it’s a work in progress.” 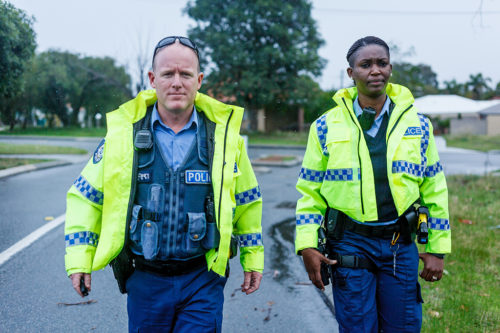 BEHIND THE BLUE LINE is part of the Untold Australia documentary series, produced for SBS with funding from Screen Australia and Screenwest, WA’s premier screen organisation.

Screenwest enables the development and production of screen content that is as diverse as its audience. It does this by supporting local stories that draw from a range of perspectives and experiences.

Screenwest Chair Janelle Marr said of the project, “In May last year, Screenwest launched the WA Screen Industry Diversity & Inclusion Roadmap in order to create a more inclusive screen sector by showing diverse people on screen and behind the camera.

“BEHIND THE BLUE LINE delivers compelling insight into the working lives of police men and woman and the challenges and opportunities they face in Australia’s most diverse postcode, Mirrabooka.

“What really appealed to me about this production is the human aspect. The story challenges preconceptions and works to break down barriers and it’s inspiring to see these stories told.”

Now in its third series, Untold Australia sets out to find previously untold stories from Australia’s most culturally diverse communities.

BEHIND THE BLUE LINE is available to watch on SBS on Demand for a limited time.