Electric Pictures’ Aussie Gold Hunters will have its Australian premiere on Foxtel’s... 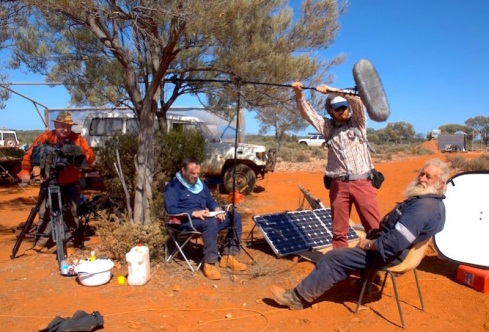 Behind the scenes on the set of Aussie Gold Hunters

Electric Pictures’ Aussie Gold Hunters will have its Australian premiere on Foxtel’s Discovery Channel on Thursday 15 September at 7.30pm.

The eight, one-hour episode series is an unscripted, character-based factual series, set against the backdrop of Western Australia’s Goldfields – each episode follows three teams and tracks their progress towards their season-long gold target.

A special feature of the series is the prolific use of drone aerial footage, which reveals the Australian outback from a new perspective, and turn the outback into a character itself.

Andrew Ogilvie and Andrea Quesnelle are the Executive Producers and Roger Power is the Series Producer.

It is currently being broadcast on Quest TV in the UK.