THE HEIGHTS will transport viewers into the inner-city neighbourhood of Arcadia Heights with hour-long episodes airing on ABC from Friday, 22 February at 8:30pm AEDT. Viewers can also binge the first half of the series on ABC iview, with 16 half-hour episodes available to watch following the launch broadcast.

THE HEIGHTS is a charming and entertaining serial drama that explores the relationships between the residents of the Arcadia social housing tower, as well as the people who live in the rapidly gentrifying community surrounding them.

The series is driven by inclusivity both on and off screen and tackles a wide range of social issues faced by everyday Australians of all ages, from all walks of life, reflecting the melting pot of modern urban Australia.

“Since the inception of THE HEIGHTS we set out to create a series that explored and celebrated the varied and diverse experiences of living in inner-city Australia,” said Showrunner Warren Clarke.

“Having grown up in Perth, I knew its varied urban landscape and natural beauty would make it the ideal backdrop to bring these stories to life. We’re thrilled to be launching the series this month bringing THE HEIGHTS and the city of Perth to audiences across Australia.”

Shot in Western Australia, THE HEIGHTS provided a huge boost to the local television industry, employing 114 local crew and casting 84 speaking (with only 4 without any connection to WA) and 396 extras roles. THE HEIGHTS included several first-time actors, writers and directors and had an extensive skills training program – providing valuable on-set intern experience to 41 students in their final year at a higher education institution. The series was also produced with gender parity across the Heads of Department and crew.

“We are really excited to share with Australia, the breadth of WA’s pool of fabulous onscreen talent and our extraordinary crews, who are among the best in the country. Our interns got to learn from some of the best in the industry,” said Producer Peta Astbury-Bulsara.

“I knew the calibre of people here in WA and what would be required to make the series. I knew we could do it with gender parity across the crew.” 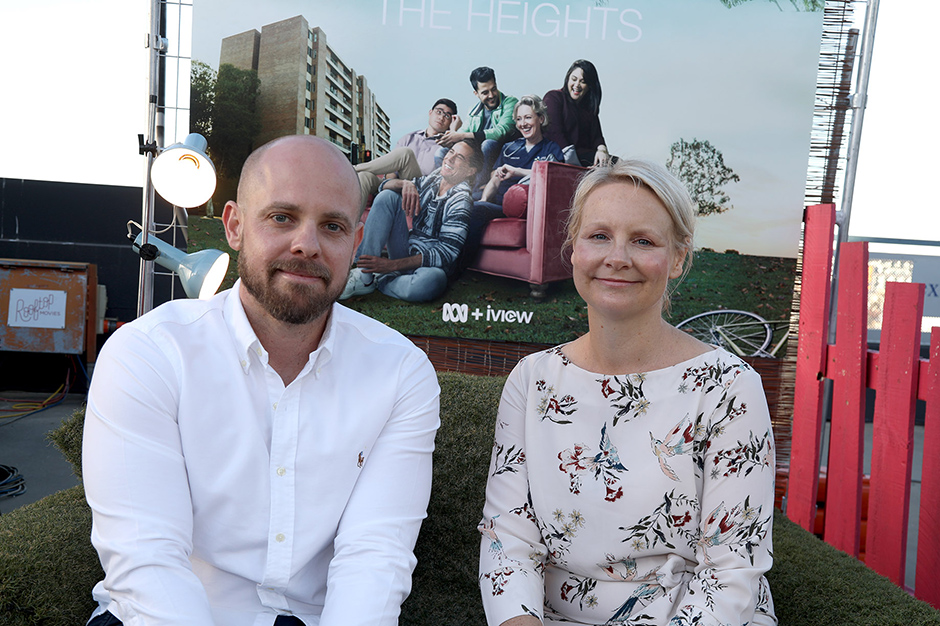 “Having THE HEIGHTS film in Perth has been incredible, particularly for all the emerging filmmakers who had to opportunity to gain some on set experience,” said Screenwest Head of Development & Production Matthew Horrocks.

“The show tells a universal story, but it still feels so uniquely Western Australian, and that’s a credit to the diverse, heartfelt and resilient crew of characters who have worked so hard to bring the world of Arcadia Heights to life.”

THE HEIGHTS starts Friday, 22 February 2019 on ABC and iview.

Watch the video tour of THE HEIGHTS set with Producer Peta Astbury-Bulsara, ABC Perth Breakfast Host Russell Woolf and THE HEIGHTS star Cara McCarthy who plays the role of Ana.