Charles Russell as Tim, Samuel Ireland as Itch, Melanie Wozniak as Jack and...

Charles Russell as Tim, Samuel Ireland as Itch, Melanie Wozniak as Jack and Kylah Day as Lucy in ITCH. Photo by Nic Duncan.

The ABC in association with Screen Australia is excited to announce that production has commenced in Albany, Western Australia, on ITCH – a 10-part children’s live-action adventure series produced for  ABC ME by independent film and TV producer Komixx Entertainment and distributed worldwide by ABC Commercial.

ITCH tells the adventures of Itchingham Lofte – a science obsessed teenager who pursues an unusual and sometimes dangerous hobby of collecting all the elements on the Periodic Table. When he discovers a new element with extraordinary powers, he is forced to go on the run to protect it from a sinister organisation who wants it for its own ends.

Filming will take place across Albany and the Great Southern Region of Western Australia, as well as Perth, where rugged coastline and dramatic outback locations provide a perfect backdrop for this young adult action-adventure series.

The ITCH series is the TV adaptation of former BBC 2 Radio broadcaster Simon Mayo’s best-selling teen novel of the same name. It was developed for television by Komixx Entertainment’s Head of Development, Melanie Halsall and writer Dan Berlinka (THE A LIST), who both hold series writing credits alongside Ron Elliott, Heather Wilson, Jessica Brookman and Roger Monk. Producers are Amanda Morrison (THE ART OF IAN STRANGE), Tania Chambers (A FEW LESS MEN) and Melanie Halsall. Jan Stradling is the ABC Executive Producer. 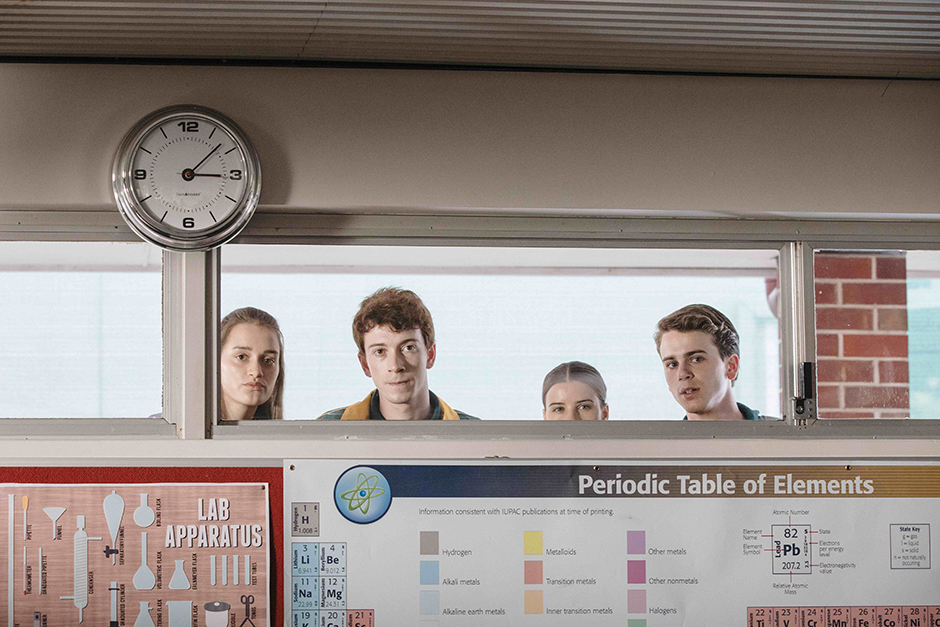 Kylah Day as Lucy, Samuel Ireland as Itch, Melanie Wozniak as Jack and Harrison Popple as Tim in ITCH. Photo by Nic Duncan.

Commenting on the series, Amanda Morrison, Managing Director of Komixx Entertainment in Australia says: “This high octane, fast paced, action adventure series is aimed at primary-to-early secondary school kids. As well as being about good and evil, science, nature and the environment, Itch also champions intelligence, knowledge, courage, friendship, working together and growing up.

“The series tells us that it’s OK to be who you are and to be proud of what you excel at, whatever that may be,” Morrison continues.

Melanie Halsall, Komixx Entertainment’s Head of Development says: “We secured worldwide film and TV rights to the ITCH franchise in 2013. Since then Komixx has developed a number of bestselling adaptations that have cemented our reputation as a leading creator and producer of young adult content.”

ABC Acting Head of Children’s Libbie Doherty says: “ITCH is a fantastic adaptation of Simon Mayo’s successful novel that explores from all angles the ethical dilemma of humans’ impact on the environment. Albany WA is the perfect cinematic backdrop for this high concept thriller that will challenge and stimulate the ABC ME audience. We are also very excited about the incredible cast making their screen debuts.”

Screenwest CEO Willie Rowe said he was delighted ITCH is a WA production. “This smart, cleverly scripted series is a wonderful addition to a long list of awesome productions set in our State’s stunning Great Southern region over the past 12-months,” Rowe said.

The ITCH series will screen on ABC ME in early 2020.