100 DAYS TO VICTORY
The extraordinary story of how the Allies turned the...

In conjunction with the 100th anniversary of the end of World War I, Foxtel’s HISTORY channel is premiering two-part documentary series 100 DAYS TO VICTORY starting Thursday, 1 November 2018 at 5:30pm AWST.

The series will also be available to stream via Foxtel’s On Demand.

Through cinematic re-creations, interviews with top historians and state-of-the-art CGI, 100 DAYS TO VICTORY reveals how visionary Allied leadership, revolutionary tactics and the indomitable bravery of Australian diggers and their allies, turned the tide to win the Great War.

The two-part series is co-produced by WA production company Electric Pictures and Bristol Global Media. It offers a fresh and appealing approach: one that is focuses on victory against the odds, a victory only made possible through great feats of courage, determination and ingenuity.

Series Director Don Featherstone said they wanted to resurrect a sense of shock missing from familiar forms of dramatisation.

“Our mission was to engage with a contemporary audience, bringing the battles into 21st-Century living rooms using immersive multiple hand-held cameras with often shaky pictures and a dynamic field of vision,” said Don.

“We shot the battle drama in a way that has allowed the audience to be with them to experience the fear, anger, frustration and pain of war, and to capture the aftershock of conflict where soldiers are numbed by relief, remorse and grief.” 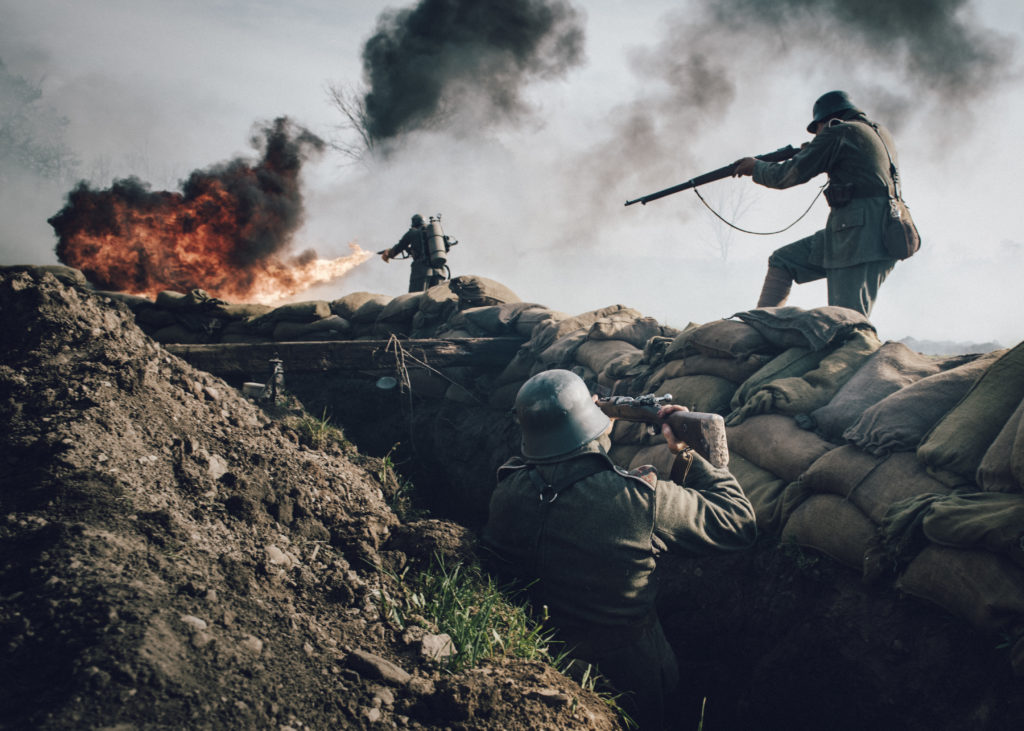 “I was immediately fascinated by this story of collaboration and clever thinking,” said Executive Producer Andrea Quesnelle of Electric Pictures. “It ultimately turned the tide of WWI.”

“100 DAYS TO VICTORY is a powerful story of historical importance. It’s shot cinematically and offers a perspective that sets it apart from many other WWI films.”

100 DAYS TO VICTORY is commissioned by Foxtel, Corus Entertainment and the BBC. It is supported by Screen Australia, Screenwest, Lotterywest and the Canada Media Fund.

It is an Australian-Canadian co-production produced by Electric Pictures and Bristol Global Media.