WA-based feature film 1% has its Australian cinematic release on Thursday, 18...

Funded through Sreenwest’s 2016 West Coast Visions initiative, 1% is a gritty crime saga about brotherhood, loyalty and redemption set in the world of a Western Australian biker gang. The film is written by actor Matt Nable, directed by Stephen McCallum, and produced by Jamie Hilton and Michael Pontin.

Paddo’s vision for the club’s future and compromises he must make for his brother sets the stage for the ultimate power play.

McCallum and Nable assembled an impressive cast of rising stars including:

Nable developed the script for eight years, creating a visceral story about a motorcycle club and family, a minority environment and culture, the 1%. The term 1% became a badge of honour for notorious outlaw motorcycle clubs such as the Hells Angels after the American Motorcyclist Association stated that 99% of motorcycle riders are law-abiding citizens.

Nable said he was inspired to create a story about an untold world that exists in society and bring the violence and hopelessness to the screen.

“1% tells the story of a dangerous, mysterious brotherhood whose tribal hierarchy and values hark back to a more primal time,” says Nable. 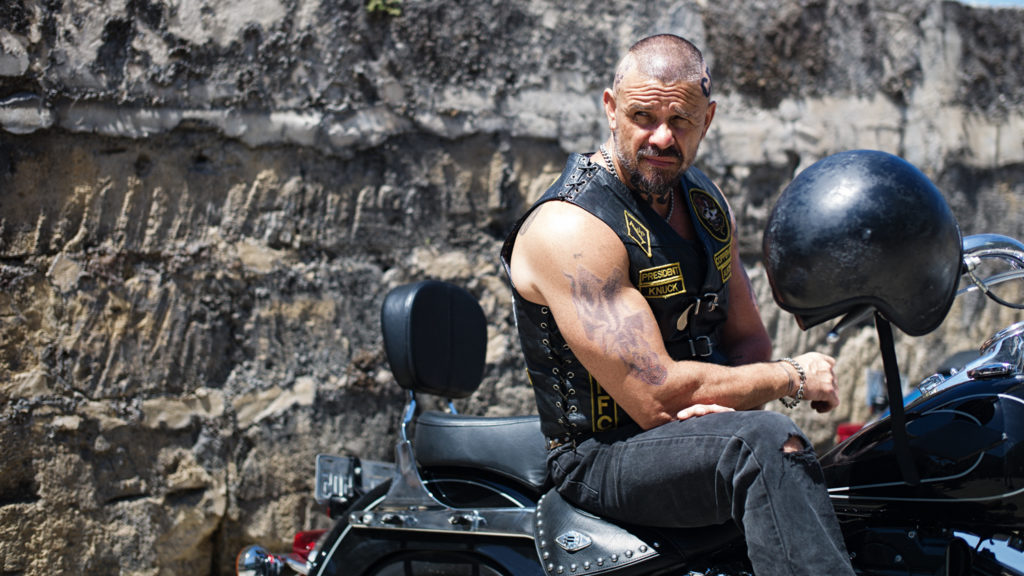 McCallum says it was an honour to bring Nable’s screenplay to life.

“1% bikers are considered outlaws in today’s society, but if they were alive a thousand years ago they would have been kings,” McCallum said.

“I wanted to capture this spirt of tribalism and belonging, to take the audience on a dive into this forbidden and seductive subculture. It’s a gritty character-driven story and we have a great cast to realise it.”

McCallum continues, “I immersed myself in film photography and music when bringing the world of 1% to life. I was constantly looking for any artistic resonance that elevated danger into something far more beautiful and profound.

“For me this was essential in bringing a sense of heart and poetry to this brutal world, because in the end, 1% is a story about family, brotherhood and belonging. That was the heartbeat.”

Screenwest Interim CEO Peter Rowe said 1% had done an amazing job grounding the film in its location. “Both Stephen and Matt have crafted a dark, beautiful and incredibly immersive world.

“The story was a natural fit for the industrial locations around Perth; it really shows the atmospheric range WA has to offer.”

The initiative supports talented and motivated writer/director/producer teams with distinctive visions who can best utilise this initiative to fulfil their professional potential.

It was filmed on location in Perth, Western Australia.