Skip to main content
Home • About Us • Staff • Chris Veerhuis 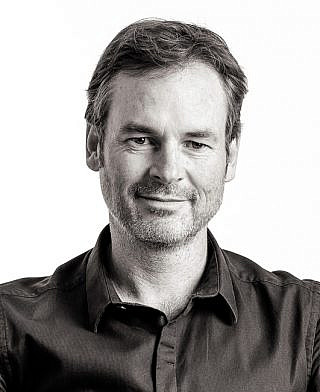 As Head of Production, Chris oversees the design, development and implementation of production funding and production attraction, including our Business Development programs and policy.

Chris has worked in the Australian film and television industry for almost 15 years, most recently producing WA feature documentary, Facing Monsters, which made its world premiere at CinefestOZ 2021 and was an official selection at Slamdance 2022. As the founder of WA production company, Veerhuis Pictures, Chris is known for his exceptional standards of work across producing, creative development, project funding, location management, on set logistics and local community relations. His producing credits include feature films Breath and Red Dog: True Blue and his location management credits include Nine Perfect Strangers, Upright, Paper Planes, Jasper Jones and The Heights.

In 2018, Veerhuis Pictures partnered with global giants Warner Bros. and The Black List to launch the Australian Script Writing Opportunity, designed to discover the next generation of Australian screenwriters. Chris is a vocal advocate for homegrown talent and is dedicated to bringing exciting, fresh, long form drama and factual content into global distribution.