Community Television in Australia is alive and well after it secured a two...

Community Television in Australia is alive and well after it secured a two-year broadcast licence extension from the Minister for Communications, Senator Mitch Fifield. 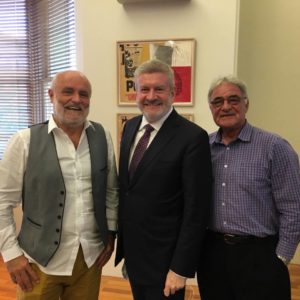 WTV Perth, C31 Melbourne and C44 Adelaide have extensions until the end of June, 2020. This ends four years of uncertainty for the Community Television stations.

The announcement came after intensive lobbying by the supporters of community television.

WTV Board Chair, John Rapsey said that the extension brought new hope and enthusiasm to the staff, interns and volunteers.

“We can now concentrate on a new vision for the station, new programs and initiatives that reflect the diversity of our community. It will be an exciting time!”