The VR experience is also an official 2018 CinefestOz selection and will be showing at the festival on Saturday, 25 August 2018.

THALU: DREAMTIME IS NOW is the first ever Indigenous ‘Real Time Virtual Reality’ experience to be made in Australia. The project transports audiences into the Dreamtime stories inspired by the ancient mythologies of the ancient Ngarluma people of North Western Australia in The Pilbara.

Bringing the Dreamtime into Virtual Realty

“He (Tyson) had a go at the technology, and straight away said, “Yep, I reckon I could come up with some good ideas to tell in this medium”,” said Mr McArdle. “Tyson pitched the THALU idea, originally called THE BURIED, which takes inspiration from the ancient Ngarluma mythologies, and actually places someone into them.”

Mr McArdle continued, “Storytelling in VR presents a number of challenges. For example, VR storytelling sits at the intersection of interactive games and traditional filmmaking. There are no rules to follow both from a creative and production standpoint.

“We had to figure a lot of stuff out ourselves and create an innovative storytelling format in addition to looking at new ways of funding that work. The results speak for themselves.” 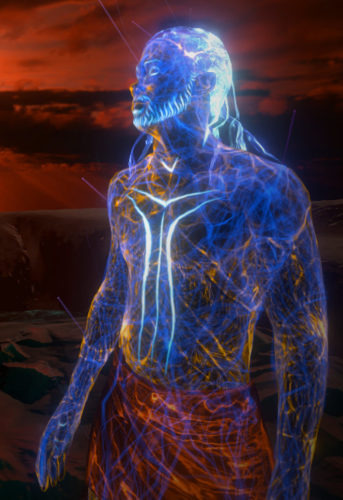 Thalu, which means “totem” in the Ngarluma language, refers to ancient Aboriginal ceremonial sites. These sites are currently under threat as the modern world expands and encroaches upon ancient sacred spaces.

“The inspiration for our virtual reality project always goes back for me. It goes back to our Aboriginal culture and heritage, protecting and preserving it. I’m always trying to preserve it,” said writer/director Tyson Mowarin.

“I’ve always brought technology and culture together, and in my own way, I’m preserving knowledge as well.”

The Rock Art (petroglyphs) featured in THALU are based on the Rock Art of the Burrup Peninsula, some of which date back 40,000 years.

“I took lots of photos,” said Sutu. “Tyson introduced me to the artwork of Lance Chad, who is a big influence for him. He’s a painter from southern WA who uses really great colours and painting techniques to do surreal landscapes.”

Sutu added, “A big part of it was trying to capture the diversity of the landscapes that are around here and replicate that into a couple of key environments that are featured along the journey of this VR story.” 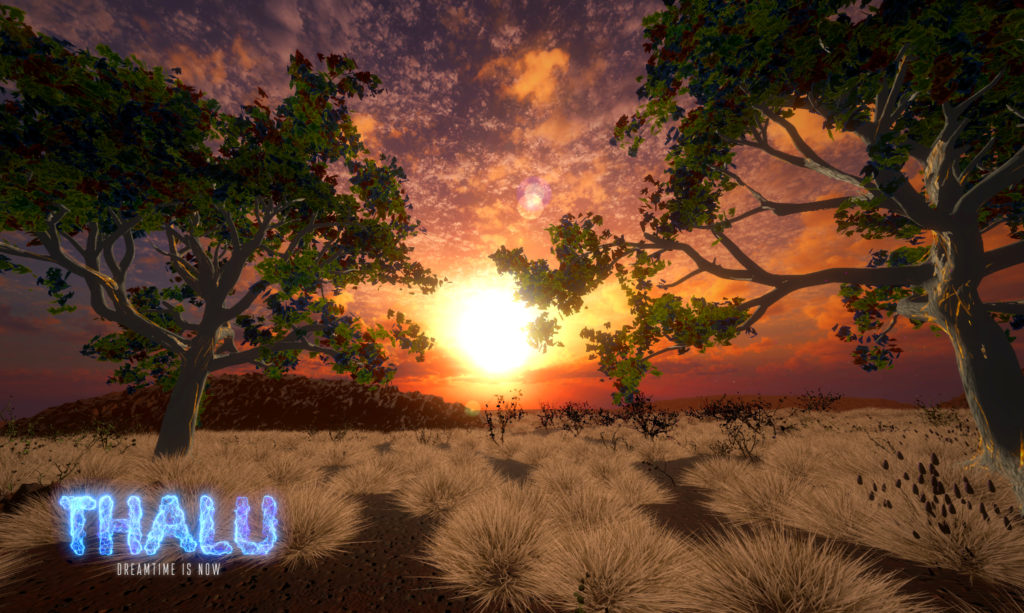