Prospero Productions has announced its highly anticipated underwater film, WHALE SUPER HIGHWAY, is set to make its world premiere at CinéfestOZ in Busselton on Wednesday, 28 August 2019, inside THE DOME – a fully immersive dome cinema.

The premiere comes hot on the heels of Prospero’s debut immersive documentary, NINGALOO – AUSTRALIA’S OTHER GREAT REEF, which premiered at the WA Maritime Museum to a sold-out 5-week run earlier in 2019.

The documentary is set to be a visually stunning, extraordinary immersive experience, exploring the mysteries of the Humpback whale, following their migration from the top of Western Australia to Antarctica and back again – one of the longest migrations on the planet.

THE DOME cinema is one of the most immersive, cutting edge and entertaining ways to truly experience breathtaking underwater visuals and the stunning coastal scenery of Western Australia.

Highlights of the film include images of a newly born calf only minutes old, an underwater canyon bigger than the Grand Canyon and an incredible underwater graveyard. From the warm waters of the Kimberley, down to the remote, plankton rich waters of Antarctica, the superior level of cinematography is truly captivating.

The Humpback whale, which was hunted to the brink of extinction, has managed to make one of the greatest comebacks ever on the whale super highway, a 6,500km route down the coast of Western Australia from the north, to their feeding grounds in Antarctica. 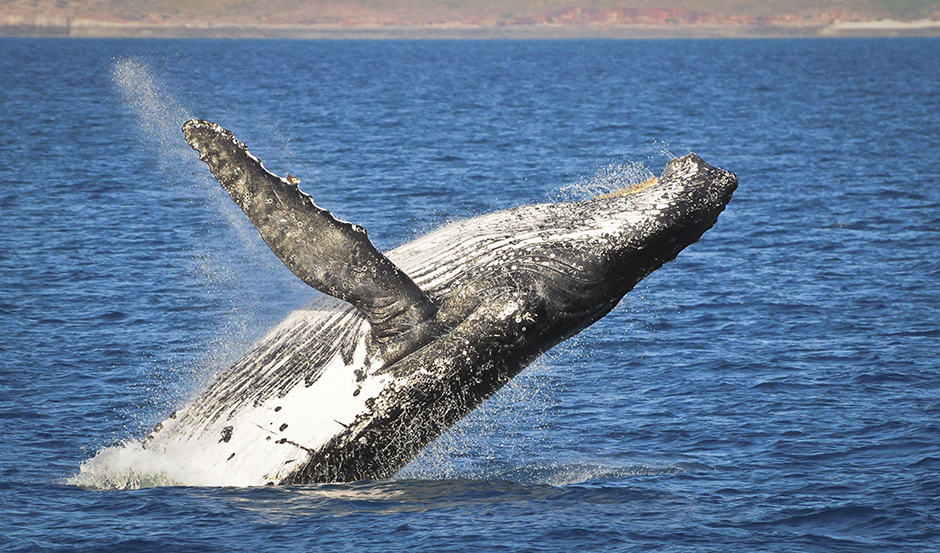 Today, Western Australia has the largest population of migratory Humpbacks in the world, seeing well over 35,000 of the mammals travel this stretch of water annually. It’s a story of tremendous success, yet the secrets of their recovery from endangerment are murky.

In WHALE SUPER HIGHWAY, marine biologists follow these majestic creatures on their migratory journey, in search of answers.

“WHALE SUPER HIGHWAY is a visually splendid, emotional and immersive experience. It combines the wonders of THE DOME screen with beautiful, high-resolution footage capturing the poetry and grace of these extraordinary animals,” said the film’s director, Julia Redwood.

“Captured with cutting edge technology off our very own South West coastline, WHALE SUPER HIGHWAY is a stunning cinematic feat and the perfect film to showcase Australia’s first mobile 180-degree Dome cinema,” said CinéfestOZ CEO, Malinda Nixon. “We’re excited this year’s incredible line-up will be further diversified with the World Premiere of WHALE SUPER HIGHWAY, which not only highlights the evolution of filmmaking technology, but also the amazing growth within the local film sector.”

“WHALE SUPER HIGHWAY is a great example of one of the many diverse projects that have received funding through our Western Australian Regional Film Fund, a fund that is driven to create strong regional economic and creative outcomes as well as tourism opportunities by highlighting the vast beauty and wonders of our state,” said Willie Rowe, Screenwest CEO.

“Shooting for Dome is a unique, cinematic journey that is all about a fully immersive experience,” said Director of Photography, Jon Shaw. “Filming with a fisheye lens is also great for capturing whales, as they are so big that they provide a great subject for the lens. There was one time when we were diving, however, that a very friendly whale hit me. That hurt…a lot!”

Jon Shaw is no stranger to working on nature and environment productions. He recently shot the IMAX film, TURTLE ODYSSEY 3D, narrated by Russell Crowe, and the hugely successful conservation film BLUE, both of which won him Australian Cinematography Society awards. 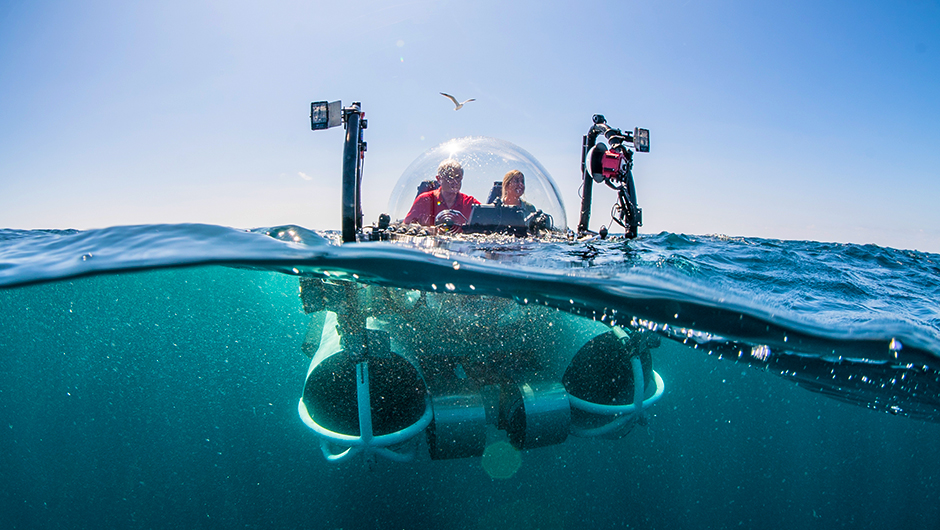 Marine Mammal Scientist Bec Wellard steers the research team in the documentary. Her efforts in exposing the secrets of the Humpback whales’ successes, and the struggles of the Blue whale populations, lead to discussions around climate change, pollution and overfishing in our oceans.

The production is both a stunning visual glimpse into life under the waters of Western Australia, as well as an educational journey of these extraordinary creatures, and how we can continue to preserve this essential ocean route for these mammals to prosper.

Prospero Productions is one of Australia’s most prolific and cutting-edge factual production companies, having produced a vast number of multi-award-winning documentaries and documentary series including:

Based in Fremantle, Western Australia, the Prospero team is passionate about telling compelling Australian stories.

Find out more at www.prospero.com.au.