Screenwest supported, and Western Australian projects and screen creatives have received 21 nominations for the 2019 AACTA Awards across seven projects.

Ric Curtin, of Curtin Productions said of his two nominations, “I am very proud to have received two Best Sound nominations for two high-end Perth productions, 100 DAYS TO VICTORY and DON’T STOP THE MUSIC. And I am thrilled that Xoe Baird has been recognised for her great sound design in 100 DAYS TO VICTORY.”

Nominee for best short film, Director Nathan Mewett of YULUBIDYI – UNTIL THE END said this of the announcement, “We are overwhelmed with excitement at being nominated for the awards and have made it our mission to try and get our lead actor Trenton Samson over to experience the ceremony. Trenton has cerebral palsy and has never been outside of WA (only to Perth for medical care). It would be a dream come true for him to experience a red-carpet event and join in celebrating his accomplishments.”

The YULUBIDYI team have set up a crowdfunding page for Trenton’s travel to the awards and are hosting a fundraising screening of the film at backlot this Saturday night at Backlot Studios. More details are available on the screening on The Backlot Facebook page.

The winners across feature film, television, documentary, short form and online will be announced at the Industry Luncheon on Monday, 2 December 2019 and the AACTA Awards Ceremony on Wednesday, 4 December 2019.

Through cinematic recreations, interviews with top historians and state-of-the-art CGI, 100 DAYS TO VICTORY is a gripping account of the last 100 Days of the First World War, telling the story of how the Allied generals worked together in new ways to win the war.

DON’T STOP THE MUSIC is a three-part documentary series that follows the journey of a primary school from an underprivileged area of Perth embarking on a music program, and the transformative effects this has on the students, teachers and families involved. 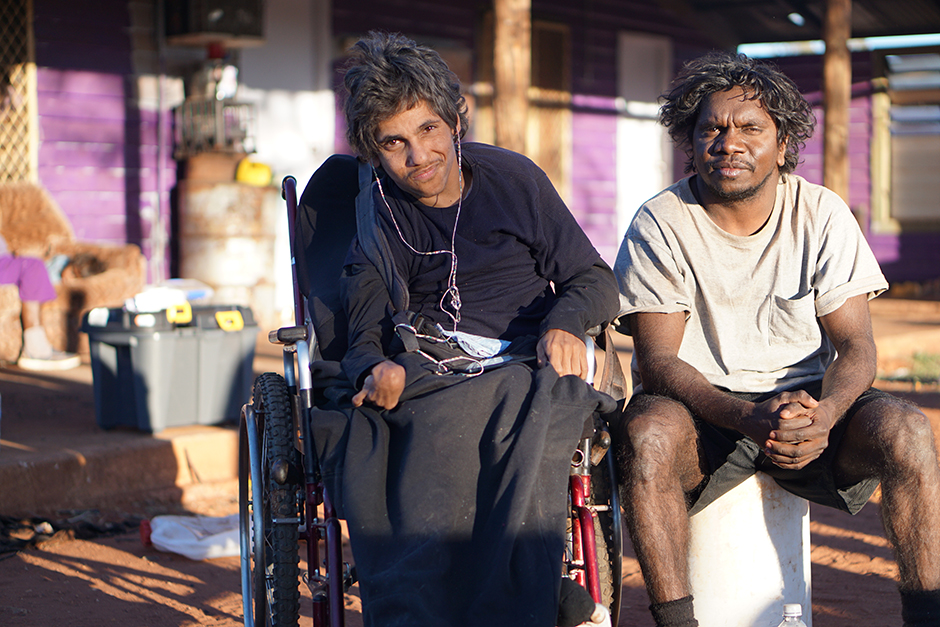 Trenton Samson and Curtis Taylor in YULUBIDYI – UNTIL THE END © Black Russian Productions.

HowToBasic creates comedic “How To” videos that spiral out of control.

The AACTA Awards (formerly the AFI Awards) have honoured screen excellence in Australia for over 60 years, since the first AFI Awards were held in 1958.

Held annually in Sydney in recognition and celebration of Australia’s highest achievements in film and television, the AACTA Awards present over 55 awards across two major ceremonies. AACTA also recognises screen excellence, regardless of geography, through the AACTA International Awards, held annually in January in Los Angeles.

The peer-assessed AACTA Awards are a world-class marker of screen excellence alongside the Oscars® and the BAFTAs, and are the only Australian industry body to honour practitioners across all crafts and industry sectors, including feature film, documentary, short film, television, online, visual effects and animation.

Find out more at aacta.org