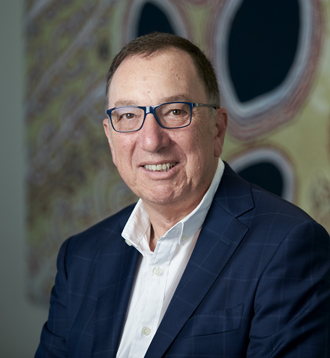 Mr Ungar, who has been board member of Perth Festival since July 2015, succeeds John Barrington to Chair Australia’s longest-running international arts festival.

Professor Freshwater welcomed Mr Ungar as Perth Festival Chair and paid tribute to Mr Barrington’s work in the arts and his significant contribution to the success of Perth Festival.

Mr Ungar has significant experience and a longstanding involvement in the culture and arts sector in Western Australia and has chaired a number of organisations. He is currently the Chairman and part owner of TSA Group, a national sales, marketing and operations company headquartered in WA. Mr Ungar is also Director of the charitable trust, the Ungar Family Foundation, a patron of one of the Festival’s four philanthropy programs.

Mr Ungar said he was excited to be taking the position of Chair as the Festival explored new opportunities and continued to build a creative community and enhance the State’s vitality.

“I look forward to working together on this with the Festival team and all our supporters and partners, whose generosity and vision has enabled the Festival to tell extraordinary stories and deliver unforgettable experiences for the people of Western Australia,” Mr Ungar said.

Mr Barrington said it had been a privilege to serve as a Director since 2012, Chair the Festival since 2015 and play a role in leading a period of strong growth and community engagement for the Festival.

Perth Festival has led decades of cultural and creative growth in WA since it was founded by The University of Western Australia in 1953. The Festival has a reputation as one of the leading arts festivals in the world.