Greig Pickhaver and Peter Haffenden in Kalgoorlie. Photo by Melissa Drummond © Joined Up...

Greig Pickhaver and Peter Haffenden in Kalgoorlie. Photo by Melissa Drummond © Joined Up.

The factual series SECRETS OF OUR CITIES, produced by Western Australia’s Joined Up will air over three weeks from Sunday, 23 February 2020. Hosted by Greig Pickhaver (HG Nelson), the series will uncover the hidden histories and meet unsung residents at the Gold Coast in Queensland, Footscray in Victoria and finish in Kalgoorlie in Western Australia.

The third episode featuring Kalgoorlie, will explore Australia’s biggest outback city, digging deep into the history of the gold rush and the Kalgoorlie community. Over the past 125 years, Kalgoorlie’s gold has kept rising to the surface and so have community tensions. The episode will explore early settlement and forcing traditional owners from their lands, Kalgoorlie’s brothels and the introduction of Italian miners. Greig visits the biggest open pit goldmine in Australia, to explore how, even today, Kalgoorlie attracts people from around the world. 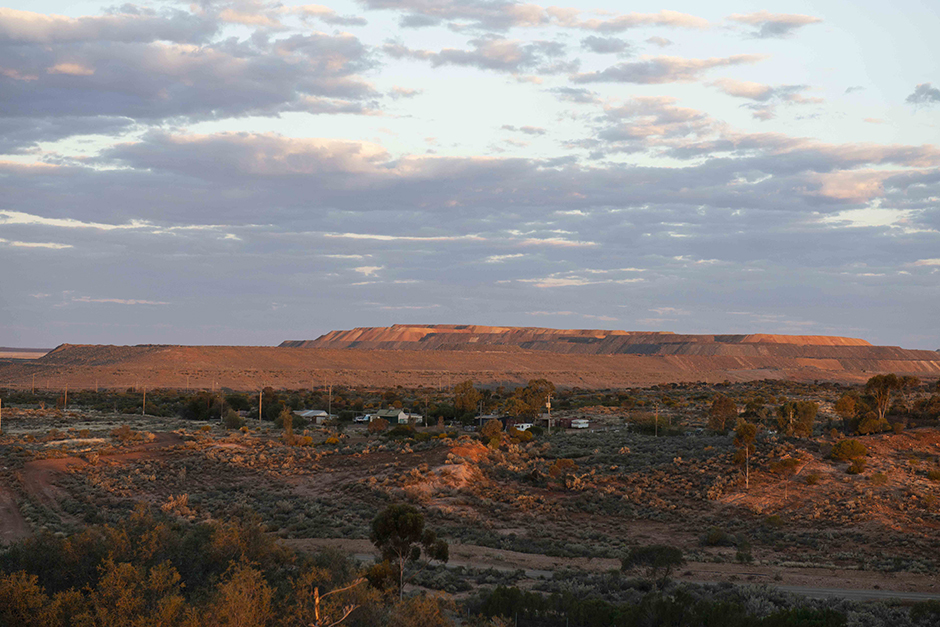 View of the Kalgoorlie super pit. Photo by Melissa Drummond © Joined Up.

Creative Director of Joined Up Dan Brown said, “Joined Up is committed to uncovering intriguing stories, just waiting to be told, and we certainly found those within the three incredible communities in this series! All three communities demonstrate the incredible stories of immigration and have rich histories; however, it was especially exciting to explore Kalgoorlie’s working-class roots and discover captivating stories of resilience and ingenuity!”

“Screenwest were excited to support local production company Joined Up to produce SECRETS OF OUR CITIES as it delves into the heart of Australian communities, exploring their unique history. The third episode showcases some spectacular locations in Kalgoorlie, Western Australia,” explained Matthew Horrocks, Screenwest Head of Screen Investment and Strategic Projects.

SECRETS OF OUR CITIES premieres at 7:30pm on Sunday 23 February and will air over three weeks. Episodes will be made available on SBS On Demand each week after broadcast.

SECRETS OF OUR CITIES is produced by Joined Up. Principal production investment from SBS in association with Screenwest and Lotterywest.

Founded in 2010 as a creative partnership between Australian Barrister and Writer, Anthony Willinge and English/Australian Factual Entertainment and Documentary film maker, Dan Brown.

Located in Perth, Western Australia, Joined Up finds important stories that are waiting to be told, for audiences who are curious about getting the real facts.