Screenwest is pleased to welcome Martha Coleman and Chris Veerhuis as Head of Creative: Content & Industry Development and Head of Production. 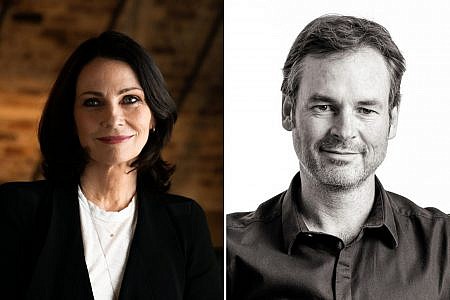 Screenwest is pleased to welcome Martha Coleman and Chris Veerhuis as Head of Creative: Content & Industry Development and Head of Production. Following a rigorous international recruitment drive, both are starting their roles full-time today.

As Head of Creative: Content & Industry Development, Martha will oversee project, practitioner and industry development including our Digital, Indigenous and Diversity & Inclusion funding programs and policy.

As Head of Production, Chris will oversee the design, development and implementation of production funding and production attraction, including our Business Development programs and policy.

“We’re delighted to have Martha and Chris join our team during such a significant time of growth and change in the WA screen industry. Their knowledge, experience and expertise will be invaluable to WA, the industry and Screenwest – a big welcome to Martha and Chris!” said Rikki Lea Bestall, Screenwest CEO.

Martha has over 30 years experience in the film & TV industry in both Australia and the UK, having worked as a producer, executive producer and creative executive, as well as Head of Development at Screen Australia for five years. She is the producer of the seminal, award-winning Australian feature film Praise, which was an official selection at Sundance, Berlin and TIFF, where it won the FIPRESCI Award. It was also declared one of the “Top 5 films for 2000” by the New York Times.

Martha spent eight years in London as a senior creative at Icon and then Material Entertainment, where she executive produced the UK #1-hit film, Run Fat Boy Run, starring Simon Pegg. During her time at Screen Australia, Martha made a significant contribution to project and industry skills development, production investment and producer offset decisions during a period of significant international success for Australian film and creatives.

In partnership with Revolver, Martha established Sydney-based production company Revlover, where she produced the ABC TV ratings hit Diary of an Uber Driver and established significant partnerships with top creative and market partners in Australia, the UK and US. She is a voting member of BAFTA and AACTA and a graduate of Curtin University, AFTRS and the Australian Institute of Company Directors (GAICD). She also sits on the board of the Adelaide Film Festival. She is thrilled to be back in her hometown of Perth and is passionate about developing the next generation of WA talent.

“It’s so great to be home in WA and I feel very fortunate that my timing coincides with such an exciting and dynamic time of growth for Screenwest and the WA screen industry. It will be a pleasure to work with Rikki and our team to help achieve such a bold and far-reaching strategic plan and to do all I can to help our local creatives and businesses achieve their ambitions.” said Martha Coleman, Screenwest Head of Creative: Content & Industry Development.

Chris Veerhuis has worked in the Australian film and television industry for almost 15 years, most recently producing WA feature documentary, Facing Monsters, which made its world premiere at CinefestOZ 2021 and was an official selection at Slamdance 2022. As the founder of WA production company, Veerhuis Pictures, Chris is known for his exceptional standards of work across producing, creative development, project funding, location management, on set logistics and local community relations. His producing credits include feature films Breath and Red Dog: True Blue and his location management credits include Nine Perfect Strangers, Upright, Paper Planes, Jasper Jones and The Heights.

In 2018, Veerhuis Pictures partnered with global giants Warner Bros. and The Black List to launch the Australian Script Writing Opportunity, designed to discover the next generation of Australian screenwriters. Chris is a vocal advocate for homegrown talent and is dedicated to bringing exciting, fresh, long form drama and factual content into global distribution.

“It’s an honour to be joining the Screenwest team as Head of Production, especially at a time of such opportunity for the State’s screen sector. As a WA local, I want to see the industry grow holistically and look forward to working with all members of the sector to achieve long term, sustainable outcomes.” said Chris Veerhuis, Screenwest Head of Production.

Chris has stepped away from his other roles in the local industry, including the Industry Advisory Group Committee (IAGC). Celia Tait has now been appointed Acting Chair.

Screenwest extends a big welcome to Martha and Chris who join the team today.