In recognition of the valuable contribution made to the screen industry in Western... 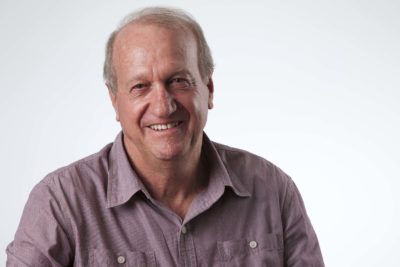 In recognition of the valuable contribution made to the screen industry in Western Australia by esteemed producer Brian Beaton, and to honour his memory, the Brian Beaton Award will be awarded annually to a filmmaker/s who has a current social impact project that needs further support to reach its full potential.

He produced award-winning documentaries and factual programs for national and international markets and had various roles in the industry including Executive Producer at Artemis, and also worked as a Producer, Director and Writer in previous roles.

Brian and his business partner, Celia Tait, worked together to develop and successfully produce many projects including seven seasons of:

He also contributed to the screen industry nationally by his advocacy and professional work with Screen Producers Australia, Screenwest and the Australian International Documentary Conference (AIDC).

The Brian Beaton Award is open to current Western Australian residents of any level of experience who have a factual project in active development, or that has been produced for broadcast, theatrical or online distribution, including VR and interactive projects. Support is available for development and production, or an outreach campaign to enhance social impact.

This year, the total grant available will be up to $12,250, combining contributions from Screenwest, the annual AIDC Stanley Hawes Award (of which Brian Beaton was the posthumous recipient in 2017) and private donations.

The successful recipient will also have access to tailored mentoring from up to three leading Western Australian industry professionals.

The Brian Beaton Award recipient/s will be announced on Wednesday, 18 July at the 2018 Screenwest Industry Celebration being held as part of Revelation Perth International Film Festival.

Please download the award guidelines on the Brian Beaton Award page for more information about eligibility and the application process: http://www.revelationfilmfest.org/brian-beaton-award.php

All applications materials must be submitted by 5:00pm WST on Monday, 2 July 2018.

Applications should be emailed to director@revelationfilmfest.org.

Applicants should forward all required application materials in a single email. Applications that do not include all requested material may not be accepted for assessment.