Screenwest today releases its annual report with record growth of diverse practitioners and more productions than ever!

Screenwest releases its 2018-19 Annual Report, celebrating record growth for the WA industry and key highlights of the last financial year.

2018-19 saw the growth of diverse and Indigenous practitioners with the announcement of new initiatives to support these practitioners and their projects.

Strong foundations were built in the development and production of Drama content, and the launch of new industry focused initiatives such as Film Friendly started to build capacity in our regions to support WA productions. 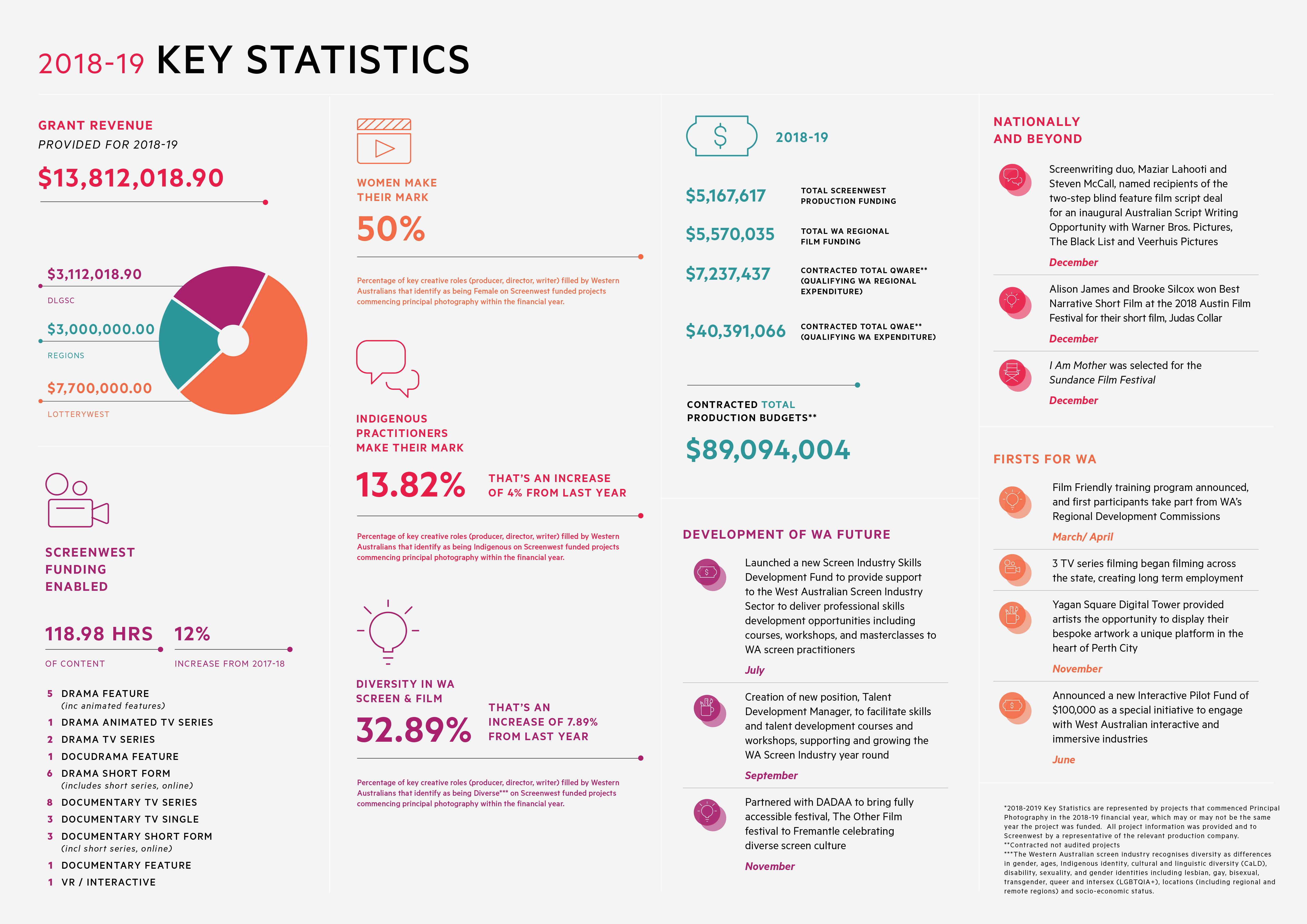 Screenwest CEO, Willie Rowe said the results are a testament to the strength and hard work of the WA Industry, “This past financial year we’ve seen WA on the international and national stage; we’ve had an extraordinary amount of production and development as well as held a diverse range of programs for the skills development of our emerging sector. As a whole Industry these are great results and come down to the ongoing support and contributions that Screenwest receives from Lotterywest and the State Government which we are very thankful for.”

For the full annual report please visit the publications page on our website.

* 2018-2019 Key Statistics are represented by projects that commenced Principal Photography in the 2018-19 financial year, which may or may not be the same year the project was funded.  All project information was provided and to Screenwest by a representative of the relevant production company.