Screenwest is delighted to announce the appointment of John Driscoll to Chair of... 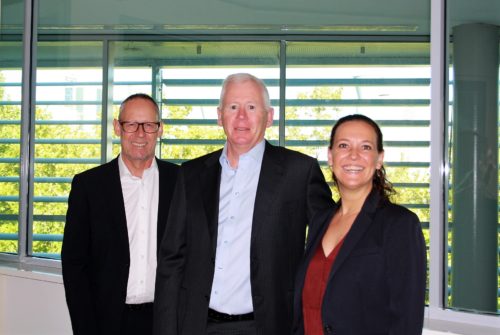 Screenwest is delighted to announce the appointment of John Driscoll to Chair of the Screenwest Board of Directors.

A leader in Perth’s marketing and creative sector, John Driscoll, will replace Janelle Marr as the Screenwest Chair when she retires next month.  Ms Marr has been a Director of Screenwest since 2013 and elected Chair in 2015.  Ms Marr’s retirement comes as she completes the maximum number of years under Screenwest’s Constitution.

“It has been an incredible privilege to steer Screenwest through a period of significant development and change, including the transition from Government to become an independent not-for-profit in 2017, securing a new home and expanding funding through the WA Regional Film Fund,” Ms Marr said.

“During my term, we have focused on growing the relevance and impact of Screenwest and the WA screen community.  Over the past six years, it has been pleasing to see the sector’s influence grow to become the busiest State in the country for Australian film and screen production.”

Mr Driscoll’s appointment provides great opportunities for Screenwest to continue to advance its work in building a vibrant and resilient WA screen industry.

He is a founding director of Longreach Consulting, a Council Member of RAC (WA) and deputy chairman of Rebound WA.

In addition, Mr Driscoll is a former CEO of Seven West Media (WA) and is best known in creative circles for his long tenure as Chairman of Marketforce. He is also a past chair of the Rottnest Island Authority; Senior Advisory Board for the Curtin University School of Marketing and of Trinity College.

“John will bring a breadth of skills to the Screenwest Board, which will be instrumental in enabling it to continue to provide sound governance and support to the team – continuing the great work already underway,” said Ms Marr.

“The past few years have been a period of generational change both for Screenwest and for the film industry in Western Australia and I look forward to being able to continue that positive momentum,” said Mr Driscoll.

“Our screen industry has won well deserved national and international acclaim for capturing the essence of Western Australia and for attracting and developing an incredibly talented group of people who now make up an important industry for our State.

“Our challenge moving forward is to develop a broader community understanding of the importance of this industry and its role, using both traditional and emerging technologies, ensuring its commercial success well into the future.”