Their script, DIE WELL, was selected out of over 400 submissions to The Black List —the internationally recognized online community of screenwriters and film industry professionals that supports the most promising screenplays and television pilots from around the globe. A shortlist – dubbed The Aussie List – was announced in October. 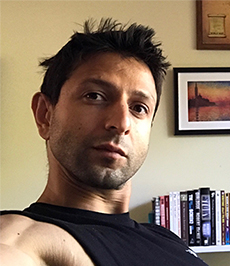 Maziar Lahooti is a screenwriter and director from Perth, Western Australia. He has written and directed a number of short films, including HEAVEN which received awards at the Woodland Film Festival, West Australian Screen Awards and Sydney Underground Film Festival.

“I’m humbled and grateful beyond words to Warner Bros., The Black List and Veerhuis Pictures for creating this opportunity and incredibly excited to work with Steve on a new story and script alongside the Warner Bros. team,” said Maziar.

“I look forward to learning as much as we can from all involved and am determined to make the most of this opportunity and deliver a killer script.” 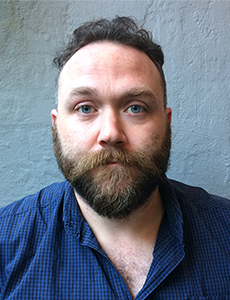 Steven McCall is a film and theatre writer who graduated from the National Institute of Dramatic Art (NIDA) with a degree in Writing for Performance.

McCall’s screenwriting credits include HAPPY AUSTRALIA, THE ACTRESS, THE ENEMY ON THE WALL, THE TOLL and THE STRAWBERRY.

Said McCall: “As a writer first starting out, an opportunity like this is something you yearn for, something you dream will arise. And to actually achieve it? It’s a gift.”

“Thank you to Warner Bros., The Black List and Veerhuis Pictures for their resolute belief in Australian screenwriters and for setting up this initiative. The chance to continue my writing partnership with Maz is something I’m relishing, particularly alongside the team at Warner Bros.”

Lahooti and McCall will now be engaged by Warner Bros. Pictures (or an affiliated entity) to write a new feature film script. Part one of the two-step blind deal will see them work with the Warner Bros. Creative Executive team to decide upon the plot, theme and genre of the yet-to-be written film.

Once this process is complete, the lucky pair will commence work on no less than two drafts of the script, expected to take approximately 12 months to complete. It is intended the film would go into production sometime thereafter, preferably in Australia.

“We’re enormously proud to have partnered with Warner Bros and Veerhuis Pictures to create this opportunity that discovered Maziar and Steven, and look forward to repeating the feat in Australia and elsewhere with other partners looking to find great screenwriters.”

The Australian Script Writing Opportunity was run in association with Screenwest – a key partner in ensuring significant Australia-wide awareness and support of the program from state agencies, screen bodies, and writing communities.

WILLIE ROWE, Screenwest interim CEO states: “The response to this opportunity has been phenomenal and we’re thrilled to have been a part of such an innovative campaign that has really thrown the spotlight on our home-grown Australian talent.”

CHRIS VEERHUIS founder of Veerhuis Pictures said, “It has been extraordinary to witness this seed of an idea turn into a two-step blind deal for an Australian writing team who will now work with our friends at Warner Bros.”

“I want to thank all the writers who wrote to us, opted in to the Opportunity and, in particular, acknowledge the shortlisted writers and the team at The Black List, who have been such wonderful partners through their exceptional industry-leading website.”

“This year’s list is a Top 10 worth reading, with many on the shortlist having already been contacted by studios, agents and actors to read their scripts. Congratulations to Maziar and Steven, I can’t wait to read their new script!”

Find out more about the Australian Script Writing Opportunity Shortlist.