Hero as Koko looking at a scone in KOKO: A RED DOG STORY...

Koko back on screens in Screenwest supported KOKO: A RED DOG STORY

Roadshow Films to release KOKO: A RED DOG STORY, the next chapter in the successful RED DOG series, in cinemas on Thursday, 5 December 2019.

The film follows the story of Koko – the dog who played RED DOG in the first film and appeared in RED DOG: TRUE BLUE.  Jason Isaacs (The HARRY POTTER Franchise, THE PATRIOT, PETER PAN) narrates the film.

“It’s a love story about why we love dogs,” said producer Nelson Woss. “Koko had an amazing life and his impact on people and communities is his legacy. The release will work closely with animal shelters and community-based charities offering them the opportunity to use the film for charity events and screenings.”

Roadshow Films, who distributed and executive produced the 2011 box office smash-hit RED DOG and RED DOG: TRUE BLUE in 2016, will distribute the new film in Australia alongside Good Dog Distribution. “RED DOG found a place in the hearts of all Australians in 2011 to become a box office smash and an instant family favourite. We are thrilled to be distributing the next chapter in this incredible canine adventure,” said Joel Pearlman, CEO Roadshow Films.

All of the films in the series were produced and made in Western Australia. The series has significant long-term positive impact on the growth and development of the WA screen industry and on the careers of those involved.

Co-writer/directors Dominic Pearce and Aaron McCann said, “It’s been a privilege to honour the lasting legacy of Koko with this film and to close out the final chapter in the RED DOG franchise, which has become so iconic to Australian audiences. We’re incredibly grateful to Nelson Woss (Producer) and Kriv Stenders (who directed the previous two instalments) for their trust in us to bring Koko’s story to the big screen in our own weird way.” 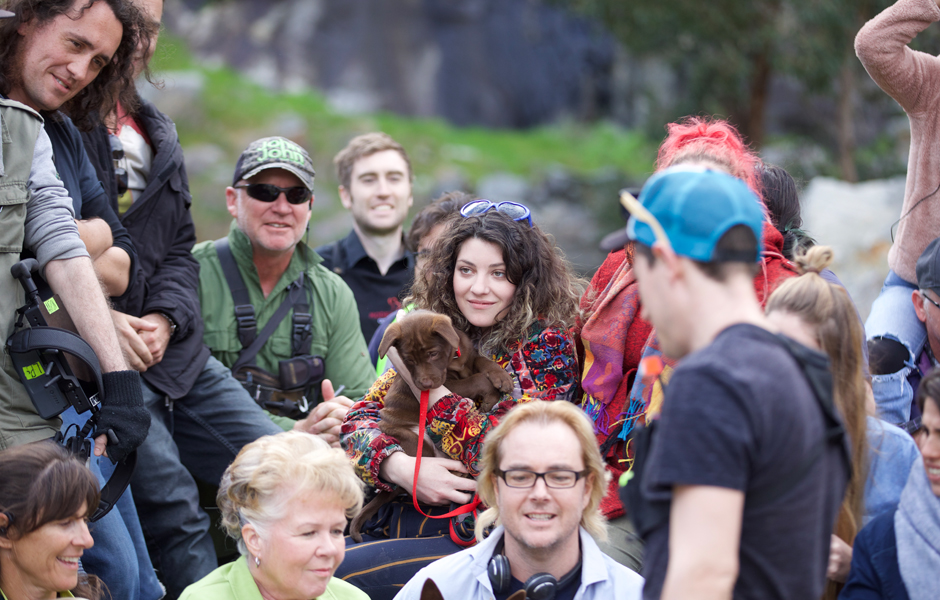 Producer Lauren Brunswick echoes the films series legacy, “The RED DOG legend is iconic to WA and I’m thrilled to have been a part of the Producing team on this final instalment of the tale. Producing feature films in WA is especially rewarding as we get to work with such an incredibly talented local cast and crew. In this instance, I would highly recommend working with animals! Thank you to everyone who helped bring this film to life over the years. We love our dogs, and can’t wait for audiences to come and celebrate that love on December 5th! One question – can I bring my dog to the cinema?!”

Check out the trailer for KOKO: A RED DOG STORY and catch the film in cinemas Thursday, 5 December 2019. For more details see the RED DOG Facebook page.

KOKO: A RED DOG STORY is a Good Dog production, receiving principle funding from Screen Australia in association with Screenwest and Lotterywest.