“Having worked alongside Alison on this project, I’m so happy she has been recognised for her skill in direction,” said Producer Brooke Silcox.

“From the outside, so many people have thought that our film is a documentary. It is testament to Alison and her skill as a director, that in reality this a heavily scripted and storyboarded work where the emotional beats and relationships between characters – yes, the camels each had roles! – were focused on to ensure the films emotional impact.

“At the awards ceremony, festival director Paul Harris said there were 780 films submitted to St Kilda and 100 were part of the program, so to take out the top prize is an incredible feeling for our whole team.”

Qualifying at two Academy Accredited festivals means they are truly on their way in their Oscars 2020 campaign.

The official jury statement at Cine Gear Expo read, “JUDAS COLLAR is a heartbreaking story set in the Australian outback and it makes you wonder who is the superior species, camel or man? Its extraordinary cinematography and beautiful, gentle, sensitive camel actors combine with editing and music to make us question our actions as humans on this beautiful planet earth.”

The film explores the real-life practice of camel culling in Australia, using a device known as a JUDAS COLLAR. It stars a cast of camels and with no human characters, dialogue or narration, relying purely on visual storytelling and was technically and logistically challenging to film.

“Camels run at over 40kph and we had to keep up with them,” said Cinematographer Michael McDermott. “We were traversing dry, dusty terrain, with rocks and low scrub, either making our own tracks or using tracks sometimes barely there, at speed. And it was hot. Over 40 degrees Celsius every day.”

“Some shots took four hours and up to 17 takes to get perfect. Each time the crew had to reset eight camels who had never worked without ropes before. Under the instruction of our camel trainer Chris O’Hora, it was all hands on deck. From our grip Clint to our producer Brooke, the crew were building pens, rounding up camels and helping to get their attention during filming, so we could achieve the actions we needed for the script.”

“We transported eight camels and a helicopter thousands of kilometres into the desert,” said Producer Brooke Tia Silcox. “It was the middle of nowhere. At one stage the camera stabilisation arm broke and we had to fix it with a packet of glad wrap.” 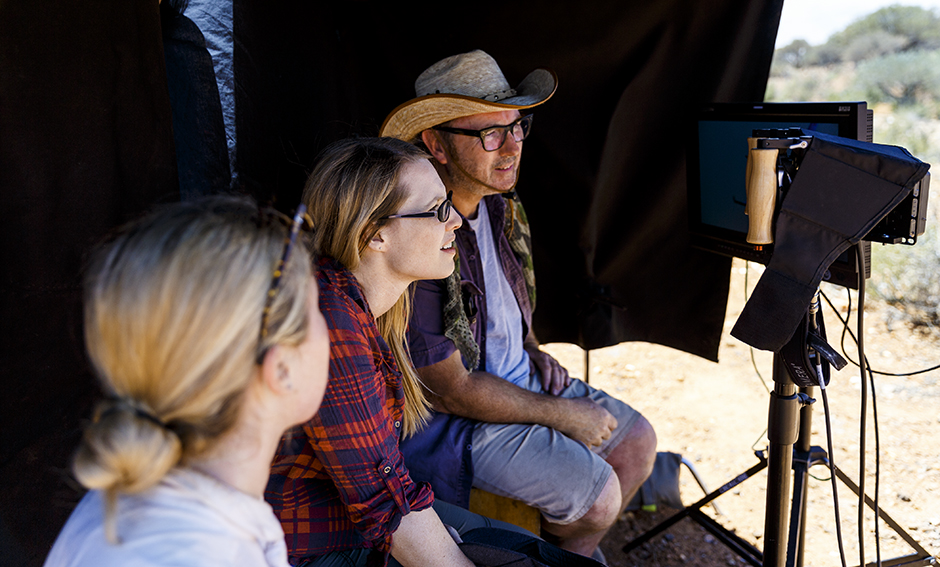 JUDAS COLLAR was Developed and Produced with support from Screenwest and Lotterywest and Executive Produced by WBMC and Walker Films.