Joan Peters awarded Medal of the Order of Australia

It is our great pleasure to announce that Western Australian Entertainment Lawyer, Executive Producer and major contributor to the Australian screen industry, Joan Peters, has today been awarded a Medal of the Order of Australia (OAM) for her service to the performing arts, particularly to film. 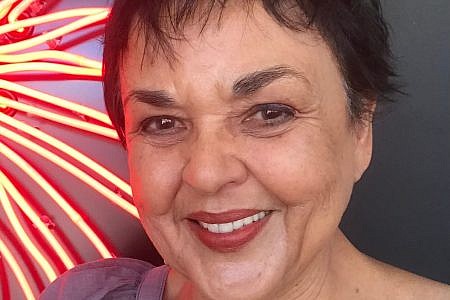 “Joan is one of the most respected, generous and inspirational professionals in our industry. To see her contribution acknowledged in such a prestigious way is truly wonderful.” said Rikki Lea Bestall, Screenwest CEO.

Throughout her career over the last 30 years, Joan has supported and mentored countless screen practitioners, championed talent development and advocated for production in the Australian screen sector.

Joan is a past member of the Screenwest Board and the first West Australian representative on the national Screen Australia Board. In these roles she contributed to policy direction and the marketability of Australian screen productions on a global perspective.

Through her significant experience, generous spirit and enthusiastic commitment to the screen sector, Joan has played a pivotal role in shaping the screen industry in Australia.

In addition to her legal and executive production work, Joan is also the founder of Be Kids Australia Inc. a registered charitable organisation that has been working with children in Kenya and Australia since 2006.

Over the last fifteen years, Be Kids has worked in various locations throughout Kenya. It is currently active in Korogocho, a major Kenyan slum, empowering children and providing access to education and technical training to facilitate pathways to employment and, more importantly, to provide opportunities for young people to participate positively in social change in their communities.

Joan has been twice nominated for WA Citizen of the Year and received the Western Australian Screen Award for Outstanding Contribution to the Film and TV Industry for her work as an entertainment lawyer.

Her extensive contribution to both the screen industry and the community is recognised with this honour.