Luna Leederville is hosting a special event screening of ROCKABUL on Thursday, 23 May 2019, followed by a Q&A with WA Producer Brooke Silcox.

Directed by Travis Beard and produced by Brooke Silcox, ROCKABUL tells the story of Afghanistan’s first metal band District Unknown as they put themselves in the firing line to challenge freedom of expression, youth identity and conflict with culture.

ROCKABUL is a documentary about Afghanistan’s first metal band, District Unknown, that existed on the fringes of Afghan society beyond comprehension of conservative Islam.

While living in Afghanistan for seven years, Australian filmmaker Travis Beard began recording his friends to chronicle a part of Afghan life rarely shown in Western media. The film features never before seen footage of Kabul and its underground party scene.

We watch as five unassuming young men: Qais, Pedram, Qasem, Lemar and Yousef come of age and deal with identity and freedom in a troubled city. 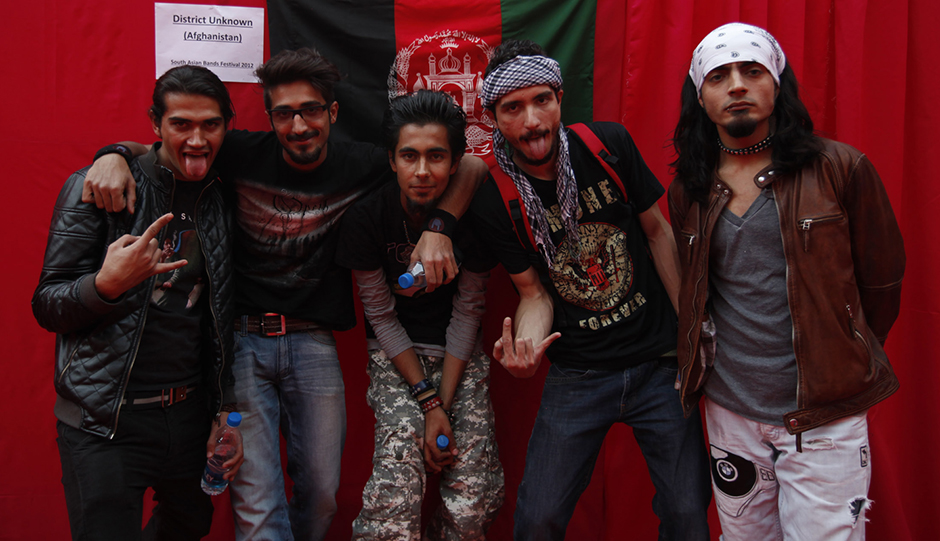 “As with most observational documentaries shot over a longer period of time, the narrative arc evolved through twists and turns as the events unfolded,” said Travis.

“It started simply, as a story about Rock ‘n’ Roll in an Islamic republic, as the band matured, the film gravitated towards the Western intervention that fueled the music scene they performed in and conservative culture that enveloped their everyday existence.”

Find out more at www.rockabul.com.

Travis Beard is an Australian filmmaker and photo journalist who lived and worked in Kabul, Afghanistan for eight years.

He co-founded the globally successful NGO Skateistan in 2007. In 2010, Travis co-founded Combat Communications, organising the Wallords graffiti workshopin Kabul, the first of its kind in the country.

In the consecutive years of 2011, 2012 and 2013 Travis organised the country’s first alternative arts festival: Sound Central. He saw potential in the band District Unknown (DU) and took the opportunity to manage Afghanistan’s first heavy metal band. He also founded the film production company Argus Productions and his camera skills have been featured in films Frame by Frame and Motley’s Law.

He has shot for news agencies including – Al Jazeera, BBC, CNN, Fox, PBS, National Geographic, ABC, Canal Plus and The Economist. He has been filming and editing ROCKABUL for the past five years.

ROCKABUL is Travis’ first feature documentary and will soon be followed by a Screen Australia funded film, THE AFGHAN BUG.

Brooke worked in art and costume departments for five years then became a Banking and Finance lawyer for international law firm Allens / Linklaters only to return to film as a producer many years later.

She founded the production company No Thing Productions and has produced a 10-year in the making feature roc-doc called MEAL TICKETS, a 6 x 5 minute series on artist Ian Strange, a short documentary on political artist Abdul Abdullah, a short film called JUDAS COLLAR and recently associate produced the post production on the feature film JIRGA directed by Benjamin Gilmour and produced by Felix Media.