Aquarius Productions has released the trailer for their heart-wrenching documentary DYING TO...

Aquarius Productions has released the trailer for their heart-wrenching documentary DYING TO LIVE.

DYING TO LIVE shares the stories of real people awaiting donations and reveals that Australia is well behind similar countries in organ and tissue donor rates.

DYING TO LIVE has been earning considerable festival buzz: it premiered at Sydney Film Festival, is an official selection at both Melbourne International Film Festival and CinefestOZ, and Byron Bay Film Festival. The Guardian named it one of the 10 Australian Films to Watch In 2018.

About DYING TO LIVE

Director Richard Todd said he first heard about the organ and tissue shortage in Australia on a TV breakfast show in 2015 featuring a story with Allan Turner.

Allan Turner is the father of Zaidee, a 7-year-old girl who suffered a brain aneurism and subsequently became Victoria’s youngest organ and tissue donor that year.

“Allan’s story appealed to me immediately,” Richard said. “It is exactly the type of story that I am into. Allan, due to the passing of his daughter, is highly invested emotionally. I knew immediately that I had an organ transplant story from the perspective of a grieving donor family.” 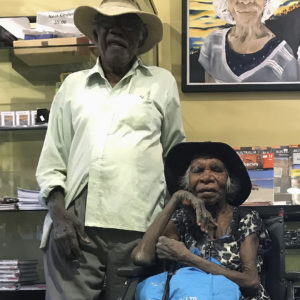 DYING TO LIVE shares Allan’s story and follows the journeys of six other Australians awaiting organ donations. Through these intensely moving stories, the documentary creates a platform to bring the discussion of organ donation into greater light.

Richard said, “We hope screenings of the film, and the impact campaign that follows, will help redress attitudinal and cultural barriers, and help Australia move forward as a nation to reduce the time and number of people on ‘the list’.”

Get tickets to see DYING TO LIVE

Buy tickets to see DYING TO LIVE at CinefestOZ

Stay up to date with DYING TO LIVE