Dr. Jonathan Messer is set to depart Screenwest to return to filmmaking at the end of February 2022. 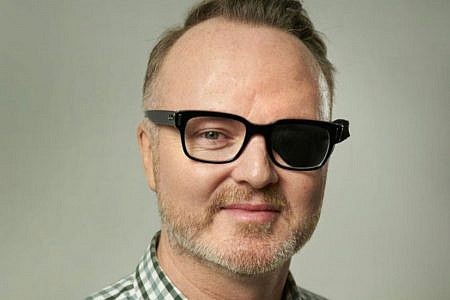 Dr. Jonathan Messer is set to depart Screenwest to return to filmmaking at the end of February 2022.

Jonathan is an established creative producer and director of film and theatre who has been a valued member of the Screenwest team as Diversity & Inclusion Manager over the last fourteen months.

As Diversity & Inclusion Manager, Jonathan has been responsible for the delivery and day-to-day management of diversity related activities and initiatives, driving Diversity, Equity and Inclusion for the benefit of the Western Australian screen industry and wider community.

Jonathan has been integral in growing and nurturing diverse content and talent in WA. Most recently, he spearheaded Filming Our Future, a disability-led short documentary series which premieres on YouTube this week. A joint initiative between Screenwest and Carers WA, the series features fifteen Western Australian stories and explores how sport can empower those living with a disability.

“Jonathan has been a passionate advocate for diversity and inclusion in the screen industry and I have no doubt he will continue to inspire and influence change as he returns to filmmaking. He has made a fantastic contribution during his time at Screenwest and we wish him all the best in his future endeavours.” said Rikki Lea Bestall, Screenwest CEO.

Screenwest is unwavering in its commitment to Diversity, Equity and Inclusion in line with the Western Australian Screen Industry Diversity and Inclusion Roadmap, created to achieve greater diversity and inclusion across the WA screen industry. Martha Coleman, Screenwest’s Head of Creative: Content & Industry Development will be spearheading this work.

“In my short time at Screenwest, I’ve enjoyed working with Jonathan and have learned from him. I look forward to seeing what further contributions he will undoubtedly make to the diversity space – he is a real asset to our community. I’ve been inspired by the work already done by Jonathan and the Screenwest team, and look forward to overseeing our continued work in this important space.” said Martha Coleman, Screenwest Head of Creative: Content & Industry Development.

“It’s been such a privilege working with Screenwest and fostering diverse talent and content within the WA filmmaking landscape. I’m really excited about the future and grateful for the opportunity to have shepherded meaningful initiatives.” said Dr. Jonathan Messer.

Jonathan is a graduate director from both the American Film Institute (AFI) in Los Angeles and the National Institute of Dramatic Art (NIDA) in Sydney, and he also holds a PhD in Philosophy from the Western Australian Academy of Performing Arts (WAAPA). He produced and directed the award-winning feature documentary, It’s Not Just Me, about four transgender men living in Perth, which had its international premiere at the Revelation Perth International Film Festival. He has worked in the USA and UK for companies such as the Kennedy Marshall Company (The Bourne Supremacy, Seabiscuit) and the BBC (Absolutely Fabulous, Top of the Pops, Blue Peter, Later with Jools).

The Screenwest team farewells Jonathan and wishes him the very best in his return to filmmaking.

If you have an enquiry regarding a Diversity and Inclusion project, please contact: