THE BIG SPAGHETTI selected for Slamdance 2019

THE BIG SPAGHETTI has been officially selected to make its North American premiere at the acclaimed Slamdance Film Festival on Saturday, 26 January 2019.

THE BIG SPAGHETTI is a five-part web series created and written by Adriane Daff, Zoe Pepper and Tim Watts, directed by Pepper, produced by Susannah Day and executive produced by Lauren Elliott from Mad Kids.

The series tells the story of Gabby (Tim Watts) who seeks solace in Melissa’s (Adriane Daff) home to mend her broken heart and reinvent her life. But when Gabby’s fierce alter ego becomes the object of Melissa’s affections, their blissful playground breaks apart.

THE BIG SPAGHETTI held its World Premiere at the Revelation Perth International Film Festival in July 2018. It subsequently screened at the 2018 Next Gen Webfest, winning Best Director for Zoe, Best Actress for Adriane and Best Editing for Elaine Smith.

“I love The Big Spaghetti so much and I’m so proud of Zoe, Adriane and Tim,” said Executive Producer Lauren Elliot. “It’s such a coup getting into Slamdance and I’m so happy that I could be part of getting this baby out on the world stage.”

“I was so impressed and heartened by the way crew rallied together to make this web series possible, it really wouldn’t have been possible without their talents and generosity,” said Director Zoe Pepper.

“The Big Spaghetti was made through the Screenwest Feature Navigator program,” said Zoe. “I really appreciate Screenwest’s willingness to give me creative freedom on such a leftfield project.” 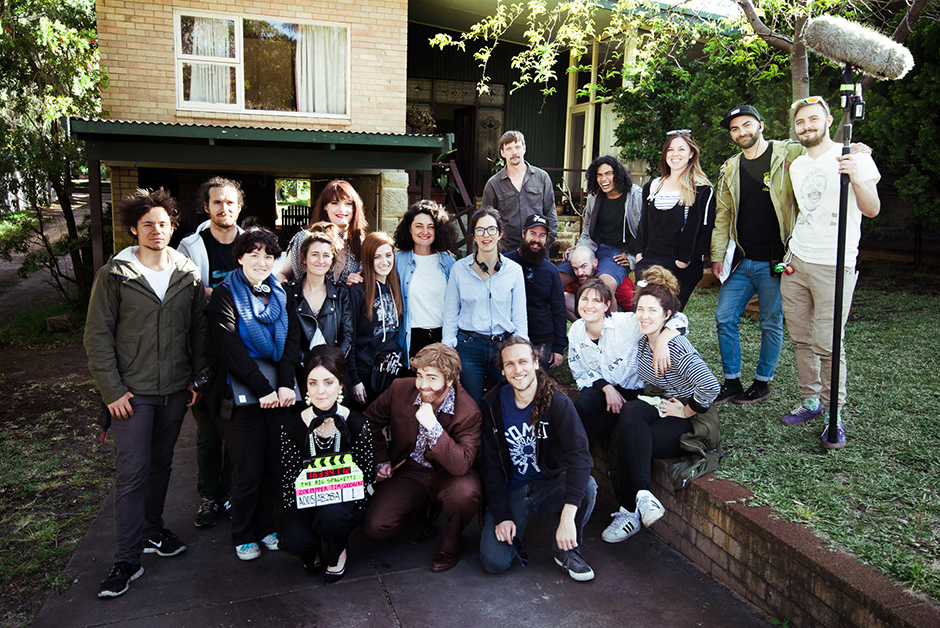 “It’s a privilege to support filmmakers like Zoe in the early stages of their career,” said Screenwest CEO Willie Rowe.

“Western Australia is home to a diverse, creative and passionate filmmaking community and it’s wonderful seeing their talent recognised internationally. Congratulations to Zoe and the whole Mad Kids team!”

The first episode of THE BIG SPAGHETTI will screen as part of the Slamdance Episodes program on Saturday, 26 January and Tuesday, 29 January 2019.

Founded in 1995 by a group of indie filmmakers, Slamdance runs concurrently with Sundance Film Festival every January and focuses on emerging filmmakers and low-budget independent films. The festival boasts a slew of acclaimed alumni including Christopher Nolan, Lena Dunham, Lynn Shelton and Bong Joon Ho.