SBS tackles the question IS AUSTRALIA SEXIST? in a new documentary hosted by...

SBS tackles the question IS AUSTRALIA SEXIST? in a new documentary hosted by Yumi Stynes.

The documentary produced by Joined Up Films premiered Tuesday, 4 December at 8:40pm on SBS and is available to stream on SBS On Demand.

In 2018, SBS commissioned the largest ever survey* on the issue of sexism in Australia in conjunction with Sydney’s Macquarie University.  Led by Professor Catherine Lumby and Dr. Amira Aftab, the survey provided significant insights into the current state of gender equality in Australia, including:

Through a series of experiments, some using hidden cameras, IS AUSTRALIA SEXIST? puts the survey data to the test. Confronting scenes are used to reveal what harassment and gender discrimination looks and feels like through the eyes of a victim. 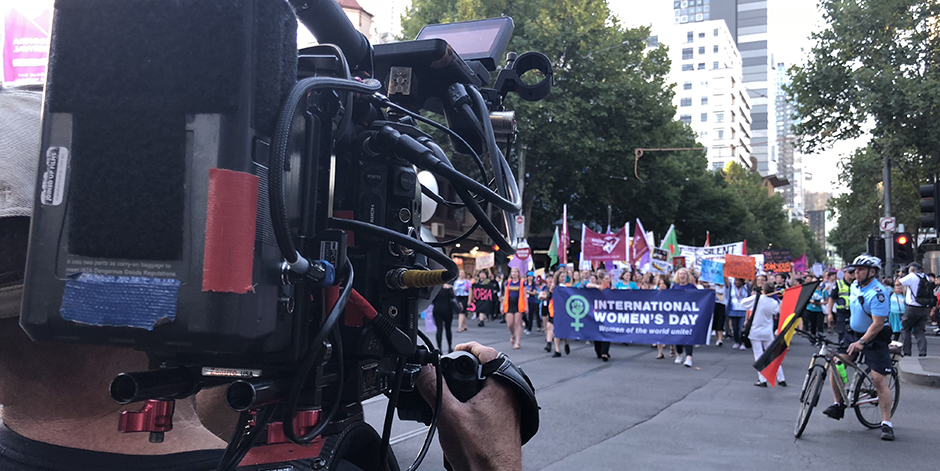 Behind the scenes of IS AUSTRALIA SEXIST?

Documentary host Yumi Stynes said that sexism is no longer a concept for activists and inner-city smart asses.

“The idea that we’re living in a state of gender inequality has caught on and become not just a headline grabbing topic, but the defining issue of 2018” Ms Stynes said.

“Making this show was really personal for me, as I face down the reality of gender inequality every single day – in work, in culture and even in my own family. I am constantly reflecting on what my kids will be faced with in years to come.

“It’s fantastic to work with SBS to start a conversation about this issue with ground-breaking research, insight and humour.”

The experiments also test a range of hotspots for sexism in Australia including the gender pay gap, gendered play with children, behaviours in online dating, harassment in the workplace, and the shocking truths of street harassment.

Find out more at https://www.sbs.com.au/programs/is-australia-sexist.

IS AUSTRALIA SEXIST? is a Joined Up Films production for SBS, with principal funding from Screen Australia in association with Screenwest and Lotterywest.

IS AUSTRALIA SEXIST? premiered Tuesday, 4 December at 8:40pm on SBS and is available to stream on SBS On Demand.

* The ‘Is Australia Sexist?’ survey was conducted in conjunction with Sydney’s Macquarie University with a sample of 3599 Australians in April 2018 and is representative of the Australian population. Of the sample, 51% of respondents were female, and 49% male. There was also a spread of respondents across different age groups starting with 18-25 years old and including Australians over 65 years of age.