All Star Cast Dives into Blueback

Cameras have started rolling on Robert Connolly’s new film Blueback. Based on the best-selling novel by Tim Winton, Blueback is a timely tale about the ocean, a beautiful marine creature, and a young girl’s power to change the world.

With Robert Connolly’s most recent film The Dry fast approaching $20 million at the Australian box office – now one of the most successful Australian films of all time – it is testament to the appeal of our own stories on the big screen.

Blueback will be a large-scale cinematic work made for Australian cinema audiences and movie-goers around the world. Set on the coast of Western Australia – the production will film across the Great Southern region and Ningaloo Reef – showcasing an extraordinary marine world. The family-friendly film centres on Abby, a child who befriends a magnificent wild groper while diving. When Abby realises that the fish is under threat, she must take on poachers to save her friend. 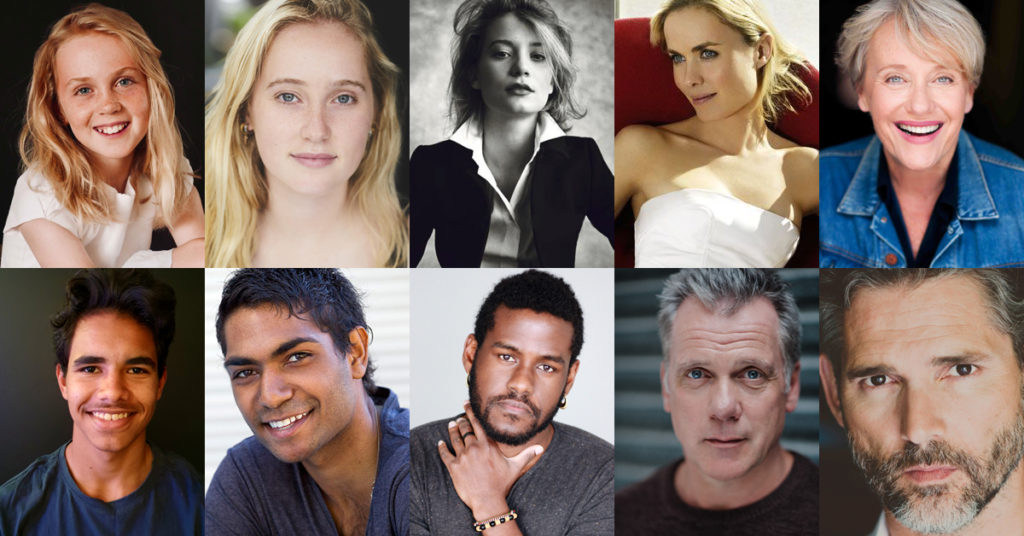 Robert Connolly said, “It’s fantastic to be working with Tim Winton again on an iconic Australian story, with such a talented cast of actors, and filming in an extraordinary part of the world. The story of Blueback is a beautiful tale of life, love, belonging and with the fragility of our oceans and sea life as an underlying thread, it couldn’t be more timely.”

Joel Pearlman, Roadshow Films CEO said, “We are thrilled to be working on another adaptation of a powerful Tim Winton tale following the extraordinary experience of distributing Breath and look forward to continuing to develop our relationship with Robert Connolly, after the exceptional box office successes of Paper Planes and The Dry.”

To bring “Blueback”, the hero of the film to life, the production will use a specialised team of underwater camera operators, who have worked on major features and documentary series including Blue Planet, in combination with stateof-the-art animatronic puppetry created by Creature Technology Company (King Kong: Alive on Broadway and arena show Walking with Dinosaurs) with further CG by Soundfirm (Peter Rabbit, Paper Planes) in Melbourne.

Sally Caplan, Screen Australia’s Head of Content said, “We’re so excited to support this engaging film from some of Australia’s top talent, helmed by Robert Connolly and based on the classic tale by Tim Winton. Blueback will bring viewers into a remarkable underwater world and showcase Western Australia’s stunning coastline.

Willie Rowe, CEO of Screenwest said, “Blueback will not only be an exquisite postcard for the Great Southern region of Western Australia – taking its stunning coastal landscapes to the world, but it has also generated a significant number of local jobs and investment into the local economy. Screenwest is pleased to support the project with the State Government and Lotterywest and can’t wait to see the amazing Australian talent to showcase one of Tim Winton’s cherished novellas on screen.”

Film Victoria CEO Caroline Pitcher said, “The pairing of Victoria’s very own Robert Connolly and Eric Bana to bring bestselling novels to the big screen is proving to be what Australian audiences are looking for at the cinema. Film Victoria is very happy to once again be supporting this wonderful creative Victorian partnership and the production of this delightful family film starring Eric, Mia Wasikowska and Radha Mitchell.”

Blueback is an Arenamedia production with major production investment from Screen Australia in association with Screenwest, Lotterywest and the Western Australian Regional Film Fund (WARFF), supported by The State Government of Western Australia’s Royalties for Regions program, and is financed with support from Film Victoria, with Soundfirm.

The producers gratefully acknowledge the support and assistance of the Great Southern Development Commission.