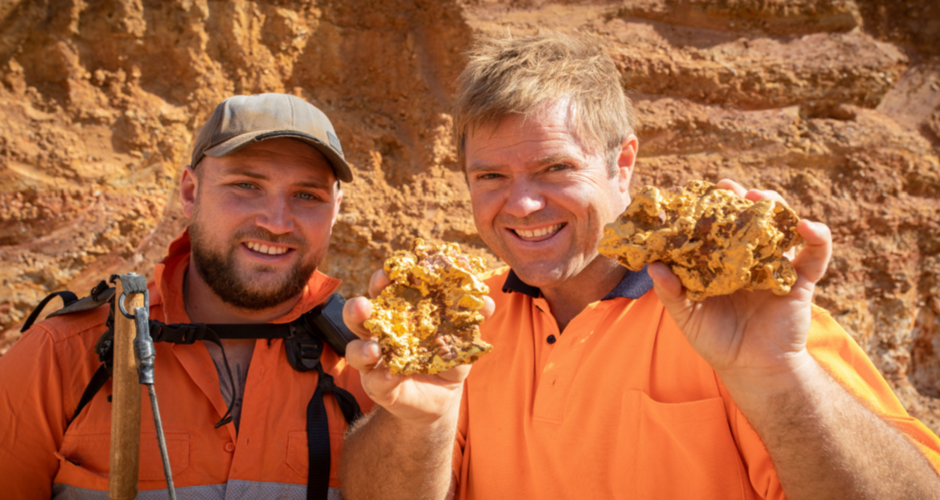 Discovery UK and Australia have ordered Seasons 7 & 8 of the hit series Aussie Gold Hunters from Western Australian production company Electric Pictures, just as Season 6 is about to launch in Australia on Thursday 29 April 2021.

Aussie Gold Hunters is Discovery Channel Australia’s all-time highest rating local show. As the #1
factual series on the Foxtel cable platform for four consecutive years (2017-2020), it continues to
grow its audience every season with the 2020 broadcast of Season 5 resulting in its best performance
yet with an 8% increase on the season prior*.

Also breaking records in the UK, Aussie Gold Hunters is one of the best performing original
productions ever on Quest, with a whopping audience increase of 31% for Season 5, reaching 7.94m
individualsᐩ. It has also performed strongly on discovery+ UK.

Electric Pictures’ CEO Andrew Ogilvie said, “We are very excited to continue our relationship with Discovery and start work on the next season of Aussie Gold Hunters. I’m very proud of the Electric Pictures production team whoseskill and dedication have made the series the success that it is. I’d also like to thank the Discovery executives who have worked closely with us to ensure that this co-production is increasingly successful season after season.”

Darren Chau, Senior Director, Production, Discovery ANZ said, “Aussie Gold Hunters continues to be Discovery Australia’s most successful franchise and we are incredibly proud of our investment into local content with the order of a further two seasons. At Discovery, we are passionate about the production of content that resonates both locally and internationally and this is a format that continues to drive success across multiple markets.”

Willie Rowe CEO of Screenwest said, “Screenwest is pleased to support the next two seasons of Aussie Gold Hunters, with its significant reach and success through Discovery Australia and the UK, which is such an incredible outcome for a Western Australian production company.”

DCD Rights based in London, will continue to distribute Aussie Gold Hunters for Electric Pictures in
more than 130 countries outside of the Discovery territories.

Aussie Gold Hunters Seasons 7 & 8 have been supported by Screenwest and Lotterywest and the Western Australian Screen Fund through the State Government of Western Australia’s Royalties for Regions Programme, and Film Victoria’s Regional Location Assistance Fund.

Aussie Gold Hunters Season 6 launched on discovery+ in the UK on 22 February, and will air in Australia on Discovery Channel starting on Thursday 29 April.