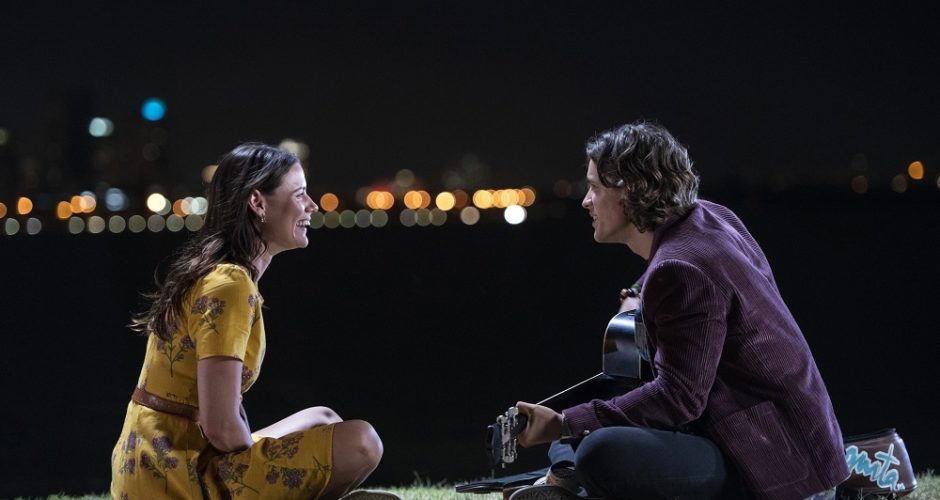 Netflix has acquired I Met A Girl and will release it as a Netflix original in Australia and New Zealand on 2 April 2021.

Shot predominantly in Fremantle and Perth, the film follows aspiring musician Devon (Brenton Thwaites), as he navigates a mental condition and the blurred lines of reality it presents, after meeting Lucy (Lily Sullivan), a mysterious dream girl.

The film premiered in the World Cinema Section at the 25th Busan International Film Festival and has continued to find its market with audiences in North America, Europe and Asia, most recently releasing in cinemas in South Korea. Stunning shots from Kings Park and the South Perth foreshore showcase the city skyline, while the Swan River, Fremantle Harbour and the Port City’s historical West End highlight iconic landmarks.

Demonstrating the diversity and adaptability of Perth’s locations, the Concert Hall, CBD laneways, the ECU Joondalup campus and the High Street Mall in Fremantle all believably double for locations in Sydney and Adelaide.

Whilst the film explores issues surrounding mental health, the producers and key creatives were committed to making this exploration authentic. The team received endorsement on the screenplay from Everymind’s Mindframe program. Mindframe works with stage and screen professionals to promote sensitive and accurate portrayals of mental illness and suicide. During pre-production, Mindframe also engaged the assistance of SANE Australia to facilitate discussions between SANE’s Peer Ambassadors, with lived experiences of mental health, and the leading cast to help them prepare for their roles.

Melissa Kelly and Ryan Hodgson of WA based Factor 30 Films said “we are delighted to have partnered with Adam Dolman and Monsoon Pictures on I MET A GIRL. Breaking down barriers about mental health is important to us as filmmakers and the love story is heart warming. With captivating performances from Brenton Thwaites, Lily Sullivan and Joel Jackson it’s no wonder the film has received such a great response from international audiences.”

CEO of Screenwest, Willie Rowe said, “We’re so pleased audiences across Australia and New Zealand will be able to experience this film on Netflix, and the potential reach of some of the beautiful Perth landscapes will reap rewards for local tourism and the WA economy.”

I Met a Girl will be available on Netflix Australia and New Zealand on 2 April 2021.

Starring @brentonthwaites and Lily Sullivan, and directed by @lukeeve, it explores love and independence through the lens of an endearing character living with schizophrenia. pic.twitter.com/G4cRUZi9eU

About I Met a Girl

Key Creatives
Director: Luke Eve (Cancelled, High Life, Low Life)
Screenwriter: Glen Dolman (Bloom, High Life, Hawke)
Producer: Adam Dolman (High Life)
Co-producers: Melissa Kelly (Upright, Hounds of Love) and Ryan Hodgson (Blame)
Executive Producers: Timothy White, Tait Brady, Roger Savage, Luke Eve, Brenton Thwaites, James Norrie and Bob Portal
Film Synopsis: Devon (Brenton Thwaites) an aspiring musician living with schizophrenia, always relies on his older brother, Nick (Joel Jackson) to care for him, until Devon meets a mysterious girl, Lucy (Lily Sullivan) and falls madly in love. However, when she suddenly vanishes, leaving behind a note to meet her on the other side of the country, he impulsively embarks on an epic journey to find her. Meanwhile, Nick, who thinks that Lucy is all in Devon’s head, sets off to rescue him.