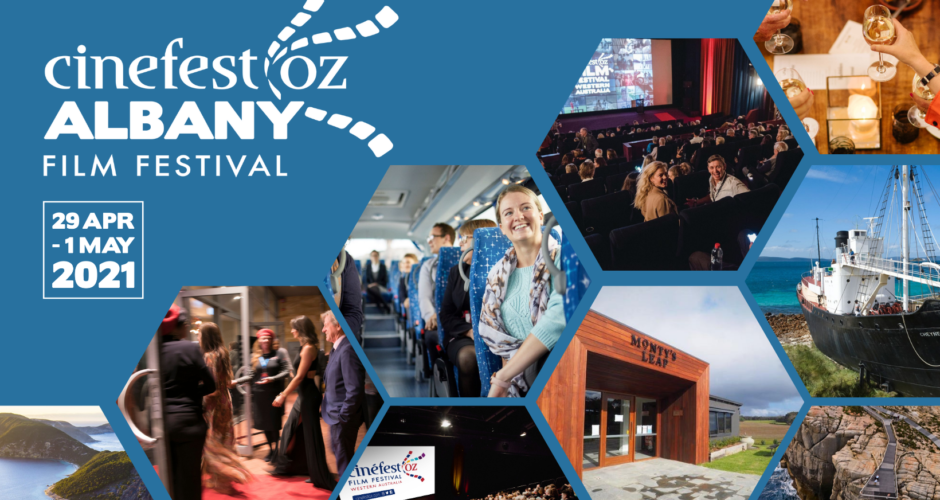 CinefestOZ Albany has revealed its first ever program, with an offering of live screenings and special events, curated for the brand new festival, which takes place in the Great Southern region next month.

CinefestOZ Albany will take place from 29 April to 1 May, allowing a new audience of film lovers to experience a taste of what those in the South West have been enjoying for the past 13 years.

Just like CinefestOZ, the Albany edition will continue to champion Australian stories and film through a packed festival program which includes seven features and 12 short films, the Cinesnaps schools program and an Industry Program session.

CinefestOZ CEO Malinda Nixon said bringing a film festival to the Great Southern was long overdue. “It is so wonderful to finally realise our dream of bringing CinefestOZ to Albany,” Nixon said. “There is a huge appetite for Australian film in the Great Southern and we are very much looking forward to welcoming a new audience to this brand-new festival.”

Screenwest CEO Willie Rowe said it’s fantastic to see the growth of CinefestOZ with this new expansion to Albany. “The Great Southern has seen a flurry of projects being shot throughout the region over the past serval years including H is for Happiness and Rams with Blueback currently filming in Bremer Bay,” Rowe said. “There is a obvious passion and connection to screen within the region which now can continue to be celebrated by local community through the festival.”

Between Opening and Closing nights, audiences will have the chance to watch a host of other feature films, including the World Premiere of Homespun with Bec Bignell, regionally based WA filmmaker (series, showcased as a feature film for CinefestOZ) Firestarter: The Legend of Bangarra, French Exit (American/French Co-production), The Greenhouse, Jaimen Hudson: From Sky to Sea, Valerie Taylor: Playing with Sharks and Phil Liggett: The Voice of Cycling.

CinefestOZ Albany is supported by Screenwest and Lotterywest through the Audience Community Engagement fund.

*Ticket and pass sales are limited to venue capacity under Phase 4 COVID-19 restrictions. This will change if Phase 5 of the WA COVID-19 roadmap is implemented.

When: Thursday 29 April – Saturday, 1 May 2021
Where: Festival events across Albany
Price: Various
Registration: Tickets and registration are available on the CinefestOZ website.

CinefestOZ Albany will take place from 29 April to 1 May, allowing a new audience of film lovers to experience a taste of what those in the South West have been enjoying for the past 13 years.

Film lovers in the Great Southern and throughout WA are being advised to mark a new date in their calendar with the launch of CinefestOZ Albany. Albany locals are being encouraged to invite friends and family to join them in the beautiful Great Southern for three days of premiere film screenings and special events in the region’s cinemas and picturesque venues, where they will get the chance to rub shoulders with filmmakers and special guests.

Activities supported through this fund – including festivals, events and programs – provide home grown opportunities for WA practitioners to see their work on the “big screen” and to engage with Western Australian audiences.