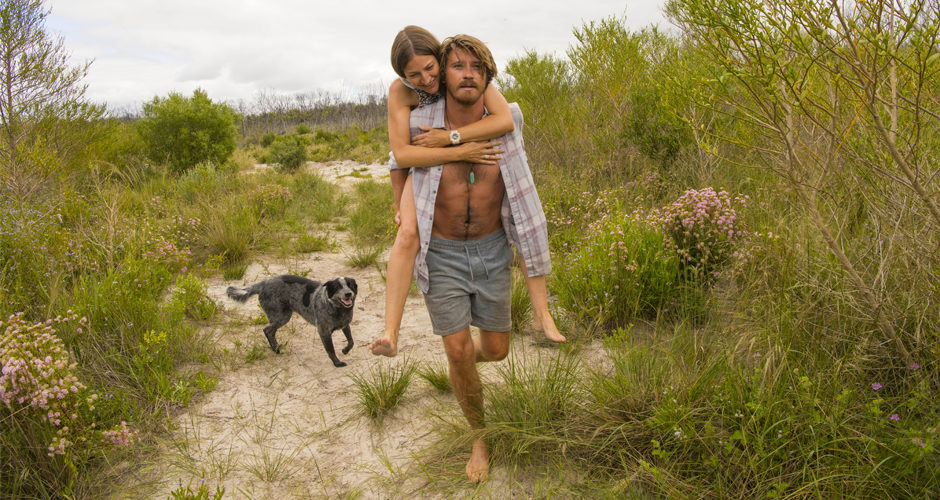 Audiences at CinefestOZ will be among the first in Australia to see the highly anticipated film Dirt Music, which will screen at the festival next month.

The Western Australian drama, based on the critically acclaimed novel by iconic Australian writer Tim Winton, will screen at the closing night of the festival at Orana Cinemas in Busselton on Saturday, 29 August 2020.

Dirt Music, directed by Gregor Jordan (Two Hands, Buffalo Soldiers) is a gritty, sexy drama about people whose hopes and dreams are lost, and the redemptive power of love. It is set against the awe-inspiring backdrop of the Australian West and stars Golden Globe and BAFTA Award nominee Kelly Macdonald, Garrett Hedlund and acclaimed Australian actor David Wenham, a Patron of CinefestOZ.

Dirt Music was supported through Western Australian Regional Film Fund supported by Royalties for Regions, with production funding from Screenwest and Lotterywest, closely working with the Kimberley and Goldfields Esperance Development Commissions.

CEO of Screenwest Willie Rowe said, “Dirt Music captures the wonder of the amazing Kimberley and Esperance regions, giving life to a loved Western Australian tale, sharing the beauty of those landscapes with the world.”

Chair of CinefestOZ Helen Shervington said Dirt Music was the perfect heavyweight film to round out the festival and anticipates it being a massive hit with the local audience.

“This breathtaking Australian drama, filmed in our incredible State, is bound to sweep audiences away and we couldn’t be prouder to play host to such a special screening,” she said.

Managing Director of Universal Pictures Australia Mike Baard said, “We are so proud to bring the adaptation of Tim Winton’s beloved novel to cinemas. Western Australia is integral to the setting of the film and we hope audiences will be captivated and moved by this beautiful love story unfolding against this incredible landscape.”

Dirt Music, produced by Finola Dwyer and Amanda Posey (Brooklyn, An Education), Angie Fielder (Lion, Wish You Were Here) and Polly Staniford (Berlin Syndrome) and written for the screen by Jack Thorne, was shot on Bardi Jawi country in the Kimberley, Western Australia and Noongar country in Perth and Esperance, Western Australia.

Dirt Music is the second major feature to be revealed as part of the CinefestOZ 2020 program, following the announcement last week that Western Australian film Rams will open the festival.

CinefestOZ will be the first Australian film festival to host screenings for live cinema audiences since the easing of restrictions following the COVID-19 pandemic.

The full CinefestOZ program will be announced on 31 July 2020 and will incorporate at least 40 live events and screenings, including a range of feature films, along with a selection of online screenings.

*Ticket and pass sales are limited to venue capacity under Phase 4 COVID-19 restrictions. This will change if Phase 5 of the WA COVID-19 roadmap is implemented.

Set in the seaside centres of Busselton, Bunbury, Dunsborough and the Margaret River wine region, CinefestOZ premieres feature films and events in the region’s cinemas, wineries, small bars and galleries, making it a feast for the senses and an unforgettable five-day getaway.