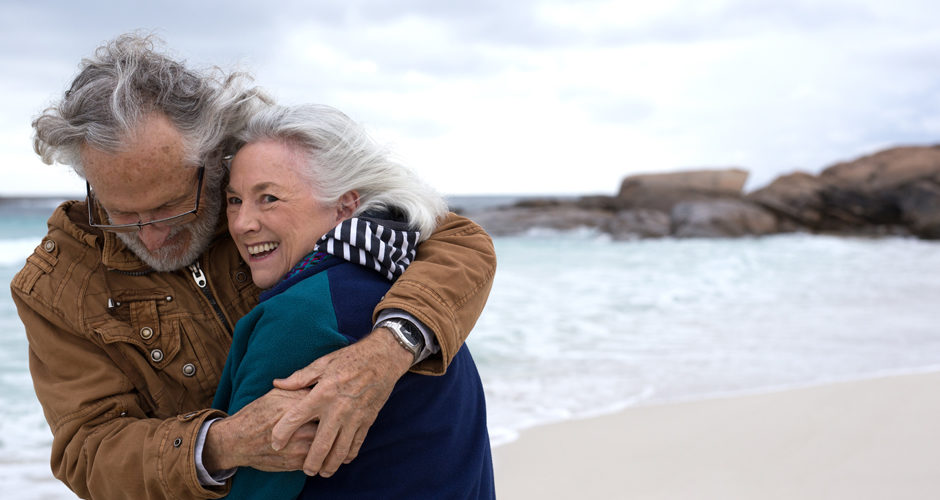 STORM IN A TEACUP premiering at CinefestOZ and on ABC

Australian artist Leon Pericles faces his greatest challenge: holding an exhibition of his life’s works while facing the mental decline of his wife and collaborator, Moira, as Alzheimer’s disease turns their world upside down.

When Perth artist Leon Pericles mounted a 50-year retrospective of his work in 2018, his filmmaker daughter Nia Pericles set the cameras rolling.

Her aim was to record Leon’s retrospective, while simultaneously witnessing the impact of advancing dementia on her mother, Moira.

STORM IN A TEACUP (airing on ABC Television on Tuesday, 17 September 2019 at 9:30pm) is the tender and intimate result. It will screen during Dementia Action Week (September 16-22, 2019) and then be available on ABC iview. The work will also premiere at CinefestOZ Film Festival in Busselton in conjunction with a Q&A and art auction.

Despite having filmed her family since she was a 12-year-old dreaming of a media career, STORM IN A TEACUP is the first time Nia Pericles has been so personal in her filmmaking. She usually tells other people’s stories, having worked in the Australian TV industry as a producer and director for 25 years.

“At its heart, STORM IN A TEACUP is an intimate story of a family dealing with big change,” she says. “I never wanted to make a film about dementia that was depressing. I wanted it to be playful and funny and a story I hope many people will relate to.”

Until 2009, Moira Pericles managed the business side of Leon’s work as a master painter and printmaker. She distributed his works to galleries and collectors around the nation, while managing a team of art staff, a framing business and various curatorial roles – as well as being Leon’s creative counsel. Now Leon must juggle his role as artist, husband and carer.

Says Leon of Moira: “She was so fast, so incredibly acute with everything she did. And now all of that is just slowly flittering away… like leaves on a stream: they just disappear. You know, these little gems, like a beautiful natural coloured leaf that you would pick up and say, ‘Wow isn’t that beautiful’ and it just happens to be going down a river – and that section’s gone.”

“There are so many layers to this film as art, life and love collide,” says executive producer, Celia Tait of Artemis Media. “To step inside Moira’s mind is revelatory and deeply moving and reminds us all what it is to be human. Artemis has a strong focus on social impact films and we are privileged to have joined forces with Nia and the Pericles family.”

STORM IN A TEACUP will premiere at CinefestOZ with tickets available online and air on ABC Tuesday, 17 September 2019 at 9:30pm.

STORM IN A TEACUP is an Artemis Media production presented by Screen Australia, the Australian Broadcasting Corporation, Screenwest and Lotterywest. The producers have worked with the Documentary Australia Foundation, Dementia Australia and the Australian Alzheimers Research Foundation in developing a social impact campaign.