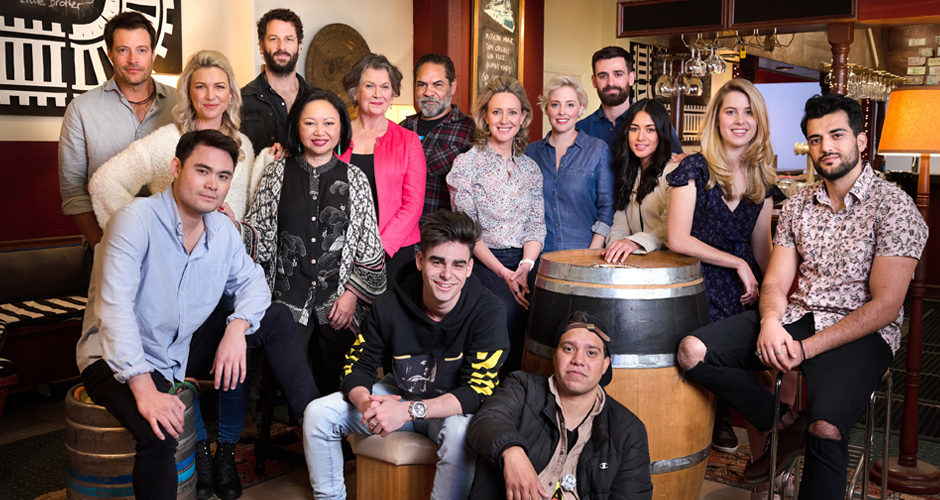 Season one available now to binge on ABC iview

Critically-acclaimed series THE HEIGHTS will return to the ABC in 2020 with filming beginning this month in Perth, WA.

Produced by Matchbox Pictures and For Pete’s Sake Productions for ABC, THE HEIGHTS, received major production investment from Screenwest and Screen Australia. NBCUniversal International Studios will distribute the series.

Announced today as a finalist in Drama Series Production of the Year category at the 19th Screen Producers Australia Awards, THE HEIGHTS, season one, was a hit with critics and fans. The Guardian called it “a warm, complex and credible Australian soap opera, ” and an engaged and loyal viewer base unashamedly shared their praise on social media at #TheHeightsTV.

Season two will continue to showcase the life-affirming, family-friendly storytelling audiences have come to expect. As the show continues its balance of heart, humour and truth, we’ll see favourite characters continue to pull together to triumph over whatever life throws at them.

Sally Riley, Head of Drama, Comedy and Indigenous for the ABC, said: “We’re thrilled to be working with Matchbox Pictures and For Pete’s Sake Productions to bring a second series to ABC audiences. Season One was warmly embraced by critics and audiences for reflecting real, complex and diverse Australian stories. We look forward to seeing what’s in store for the characters during these 30 new episodes.”

THE HEIGHTS was created in-house at Matchbox Pictures by Warren Clarke (MUSTANGS FC) and co-creator Que Minh Luu. The show is produced by Peta Astbury-Bulsara (THE MARRIAGE OF FIGARO, ALMOST MIDNIGHT) and Executive Produced by Debbie Lee for Matchbox Pictures and Sally Riley and Que Minh Luu for the ABC. Season Two will be directed by Karl Zwicky (HOME AND AWAY, NEIGHBOURS, MCLEODS DAUGHTERS, HEARTBREAK HIGH, UNDERBELLY), Renee Webster (THE HEIGHTS S1, MARX AND VENUS, ITCH), and Tenika Smith (NEIGHBOURS), with Jub Clerc and Kelli Cross joining the team through this season’s THE HEIGHTS director mentorship program.

Co-creator and Showrunner of the series Warren Clarke says of THE HEIGHTS Season Two: “We’re excited to dive even deeper into the world of THE HEIGHTS. We’ll see relationships strain and falter, friendships tested, and new love blossom as we continue to celebrate the varied and wonderful fabric of modern inner-city Australia and shine a light on the universal connections and commonalities that exist between us all.”

30 new episodes of THE HEIGHTS Season Two will continue to deliver opportunities for industry newcomers, reflective of ABC’s unrivalled commitment to homegrown content that fosters Australian talent. The production is unique in casting and training many first-time actors, production crew, screenwriters, its ongoing new director mentorship program and its commitment to maintaining gender parity across the key decision makers and also the entire production.

Willie Rowe, CEO of Screenwest, said: “Screenwest is extremely proud to support season two of THE HEIGHTS. The first season provided incredible opportunities for industry newcomers and seasoned practitioners, giving a huge boost to the WA television industry, with the series engaging over 100 local crew and casting 93 speaking and over 300 extras roles locally so we are very excited to see the series renewed in WA and for it to have growing impact on our Industry.”