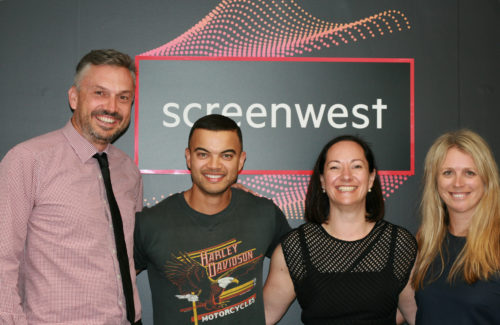 Guy Sebastian and Dr. Anita Collins are musical mentors on DON’T STOP THE MUSIC, which follows one underprivileged Australian school’s journey to musical literacy. The series will showcase leading music educators as they train the school’s teachers, giving them new tools to teach their students to play instruments and sing.

The school will introduce a new music program into its curriculum, using instruments donated from the wider community.

Throughout the series, Guy Sebastian will encourage the students to step up and persevere with their instruments, workshopping songs and drawing inspiration from his own musical journey.  The result of this new approach  see benefits to families and the community, as the school establishing a vibrant and sustainable culture of music.

As Guy explains, the importance of music in the school curriculum cannot be underestimated.

“I was a singing teacher in numerous schools in Adelaide and I saw first-hand how music would light up a child’s face and lift them above all the things that weigh them down.  Every child deserves that.”

Ian Booth, Screenwest CEO added, “Screenwest are proud to invest in a production that has a strong community outreach.  The series will bring awareness to a national audience the benefits of musical education to our children and young people.”