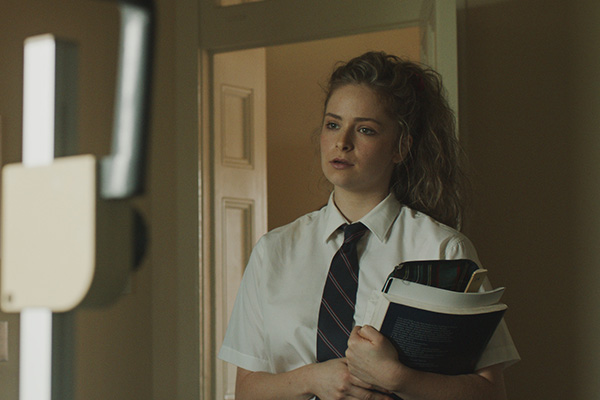 Australians in Film has announced ‘A Celebration of WA in LA’, an exclusive Western Australian screening event and celebration at the historic Raleigh Studios in Hollywood on Thursday, 26 October 2017.

‘A Celebration of WA in LA’ will feature a screening, drinks, canapés, music, networking with VIP industry guests and an exciting Q & A with WA filmmakers writer/director Ben Young and DOP Michael McDermott from HOUNDS OF LOVE and Lauren Elliott, Henry Inglis and Matt Lovkis from Mad Kids who will be talking about their recent successes and opportunities in the US stemming from their home-grown projects.

Ben is currently based in LA working in post-production of Universal blockbuster, EXTINCTION starring Michael Pena and Lizzie Caplan following an intensive shoot in Serbia. EXTINCTION is set for release on 26 January 2018.

SMALL TOWN HACKERS, created by Henry Inglis and Matt Lovkis and produced by Lauren Elliott, is the first Australian series to be commissioned by Above Average, the digital studio founded by legendary comedy producer Lorne Michaels’ Broadway Video (SATURDAY NIGHT LIVE, THE TONIGHT SHOW STARRING JIMMY FALLON, PORTLANDIA). The commission has resulted in the team, who are represented by CAA, jetting into LA this month for a number of pitch meetings with US networks. The 6-part comedy series will be released globally on Above Average on 30 October 2017 and the first official teaser can be seen here.

Following its international and Australian theatrical release in May 2017, HOUNDS OF LOVE, produced by Melissa Kelly of Factor 30 Films is currently available on iTunes, Hulu and Amazon in the US and on DVD and Bluray in Australia. It will also be released on iTunes, Oz Flix and BeamAfilm in Australia and on DVD in the US on 1 November 2017. The trailer for Hounds of Love can be seen here

‘A Celebration of WA in LA’ will also feature an exclusive sneak peek at YOU HAVE BLUE EYES, the debut short film from WA writer/director Alison James, ahead of its world premiere in 2018. Alison will also join Ben, Michael, Lauren, Henry and Matt for the celebratory Q&A.

All three films, HOUNDS OF LOVE, SMALL TOWN HACKERS and YOU HAVE
BLUE EYES were shot, produced and post-produced entirely in Western Australia and the celebration is a testament to the number of WA talent currently making waves in Los Angeles.

Founded in 2001, Australians in Film is a Los Angeles based non-profit film, television and digital content foundation that supports and promotes Australian screen talent and culture in the United States. AiF hosts regular screenings and special events to celebrate the work of Australian content creators and talent.

“The Australians in Film team are thrilled to celebrate the ever-growing presence of Western Australian talent in Los Angeles and we could not be more honoured to be a part of this special event,” said Peter Ritchie, Executive Director Australians in Film.

Invitations to ‘A Celebration of WA in LA’ are available to Australians in Film members and US industry representatives. You can grab a membership at http://www.australiansinfilm.org/JoinAiF

HOUNDS OF LOVE and SMALL TOWN HACKERS were developed and produced with support from Screen Australia, Screenwest and Lotterywest.