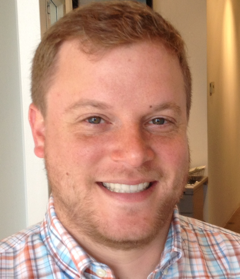 Ross M. Dinerstein, producer of the upcoming Netflix Original feature 1922, will be at the East Perth Creative Hub on Thursday, 16 February for the next In Conversation series event.

1922, based on Stephen King’s short story, is written and directed by Western Australian Zak Hilditch (These Final Hours). Starring Thomas Jane (Hung) and Molly Parker (House of Cards), the film was shot in Vancouver, Canada.  Merlin Eden is Editor and post-production is taking place at Siamese, Perth.

Ross will be talking about 1922, the (new) business of Netflix Originals as well as his own background and the future he sees for his company Campfire.

One of the most active indie producers in the industry, Ross has produced or executive produced over 25 feature films during the past decade. He is a graduate of the famous Peter Stark Producing Program at the University of Southern California School of Cinema and Television.

Tickets are strictly limited, so be sure to register here as soon as you know you will be able to attend.

All of the East Perth Creative Hub In Conversation events will be streamed live on the Screenwest Facebook Page, including the forthcoming event  with Tony Ayres and Michael McMahon of Matchbox Pictures on Thursday, February 9 at 4:00pm AWST (booked out).

Hub members have a seat reserved but must still register via the link to confirm their attendance.