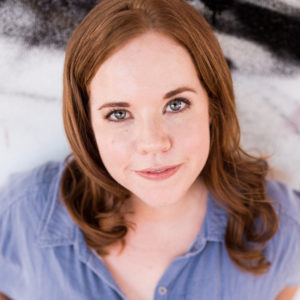 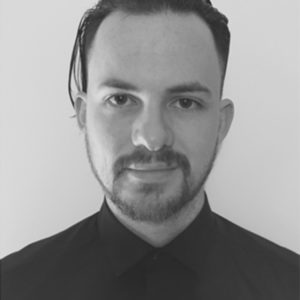 In the past year the funding program underwent significant change, moving from project-based funding to a year-long program which now focuses on the recipient’s overall professional development.

Miley and Aaron will receive tailored support which may include high-level industry mentorships, attachments, workshops, project development and travel.

“Both Miley and Aaron are charismatic, passionate and talented writers at a pivotal point in their respective careers.  Screenwest looks forward to seeing both writers progress over the course of the year, learning from the best in the industry and building their profiles and developing their projects.”

The Bill Warnock program was created in 2001 to commemorate the late Bill Warnock’s contribution to WA’s arts and culture and to continue his legacy of powerful and imaginative storytelling, which is instrumental to the WA screen industry. Diana Warnock, who is an active advocate for the arts, congratulates Aaron and Miley on their achievement.

“It’s exciting to see Bill’s name carried on in association with the development of emerging WA writer’s careers.  I wish them the best in the program and success for their projects,” said Diana Warnock.

Miley is a writer, director, producer and performer who has created numerous short comedies and dramas. Her writing has placed in several esteemed US screenwriting competitions including The Oscar Academy Nicholls. Her romantic drama Lola & Luis, was nominated for best film and won best actor at the 2016 WA Screen Awards. Miley is currently working in writer’s rooms and developing her own projects for TV and film as she progresses towards her first commercial credit. 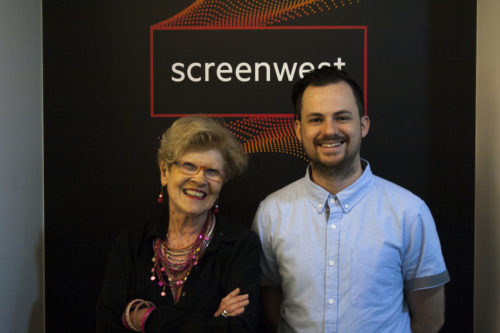 Diana Warnock and Aaron Moss discuss the exciting year ahead

Aaron Moss is a Western Australian screenwriter with an interest in eccentric, adventure-driven characters and black comedy.  After graduating with a Diploma in Film & TV from Central Institute of Technology, he has been writing feature and television pilot scripts full time, building a diverse slate which has attracted numerous awards and attention internationally.  Aaron is currently focusing on participating in long form TV television series writers rooms in Australia or abroad.

The Bill Warnock Writers Initiative is presented in association with the Australian Writers Guild.