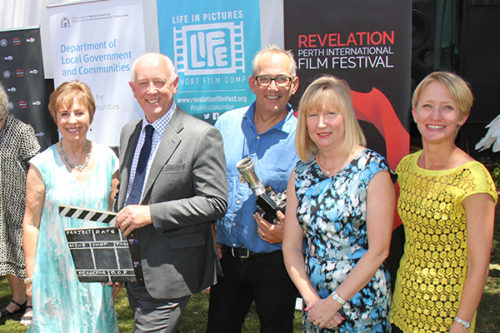 Revelation Perth International Film Festival and the Department of Local Government and Communities have joined forces to raise awareness and to challenge misconceptions about ageing through a new short film competition, ‘Life in Pictures’.

Launched today by Seniors and Volunteering Minister Paul Miles and 2016 WA Senior of the Year and Ambassador for Positive Ageing Jenny Davis, ‘Life in Pictures’ is seeking films of up to 2-minutes long.  Entries open on Tuesday, 28 February with the winners from each category screening at Revelation this year.

“This competition will encourage everyone, the film makers and the viewers, to stop and think about how we view getting older.  It will stimulate discussion about ageing in a positive way that values and shows respect to older people,” Mr Miles said.

“Competition entries should highlight how older people add to WA’s communities, including their contribution to families, culture, the economy, volunteering and tourism.”

Revelation Perth Film Festival Director Richard Sowada said, “Revelation’s mission statement is ‘to make a difference’ and working with the Department of Local Government and Communities through this project allows us to do that.”

“It provides a wonderful opportunity and creative palette for communities to talk about ageing.  It’s about welcoming all the stories and all the opinions from all ages.”

A total prize pool of $20,000 is available across three age categories (Under 17, 18+ and 60+), with the winners able to select a suitable prize including the option to attend film industry events and for short courses.

‘Life in Pictures’ has received endorsement of the International Federation on Ageing and World Health Organisation. Screenwest is proud to support this creative collaboration.

For more information on ‘Life in Pictures’, visit the Revelation page here.