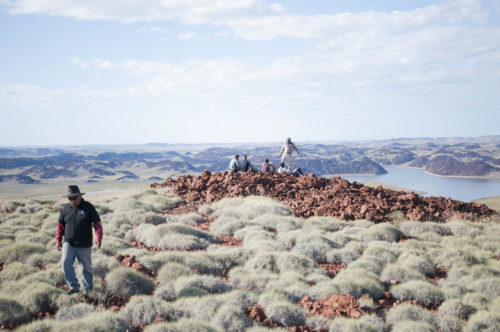 Taken during the filming of Undiscovered Country in Roebourne, which is one of six films selected for Elevate. Photo by Robyn Marais.

The 2016 Elevate Initiative films, funded by Screenwest and Executive Produced by FTI, have completed filming and are now in post-production, with two of the films in final post-production.

In April, six films were selected for Elevate, which is a skills development program that provides production and development support.

Three of the films were shot in regional Western Australia – Yulubidyi at the Parnngurr Community, Watchdog in Windy Harbour and Undiscovered Country in Roebourne, with the others shot around Perth.

“We’ve got two laugh-out loud comedies with one comedy scene that is a classic, I laugh just thinking of it, as well as a gentle coming of age story that makes us question the future and a drama that is poignantly moving,” Ros said.

“The last two to get to rough cut are the ones with VFX, but I am expecting nothing less than terrific based on the rushes.”

The 2016 Elevate projects are: