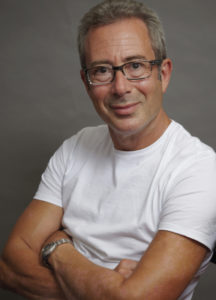 “Three Summers is written and directed by internationally renowned writer and comedian – and Fremantle resident -Ben Elton. The film, an ensemble romantic comedy set at a fictitious version of the famous Fairbridge Festival, will provide many jobs to the local screen industry” Mr. Booth said.

“We’re pleased to be partnering with the Peel Development Commission to deliver this project, the first feature film to be shot entirely in the Peel region, and will be produced and post produced in WA.”

“The aim of the Regional Film Fund is to stimulate regional screen industry activity, build local capacity and contribute to the liveability and vibrancy of regional Western Australia.”

“Projects can have such a strong impact to the economic areas in which they work. Recent examples of this were Jasper Jones which was filmed for four weeks in Pemberton and also Breath which shot for over six weeks in Denmark,” he said.

“Three Summers is a uniquely West Australian tale told through the eyes of one of our favourite adopted Australians, Ben Elton,” said Sally Caplan, Head of Production at Screen Australia.  “We’re delighted to again be working with Screenwest and all of us at Screen Australia wish the production well.”

Producer Michael Wrenn of Invisible Republic said “The Regional Film Fund is a great initiative for the local creative industries.  We look forward to continuing to work with Screenwest and the Regional Film Fund to achieve best outcomes for filmmakers and the regions. We are delighted that Three Summers is to be the first fund recipient, enabling the production to take place in Ben Elton’s adopted home state of WA.”

“We have already had amazing support at a state and local level and we are looking forward to this special corner of Australia being brought to the screen by the creative talents of the inimitable Ben Elton.”

The region’s peak development body, The Peel Development Commission, has welcomed the production of Three Summers.  Chairman Paul Fitzpatrick said the economic benefits would be apparent throughout the region during the production and in the follow-up promotion of the movie.

“Transport, logistics, accommodation, catering – as well as employment – will all have an immediate and positive impact within the local Peel economy,” said Mr Fitzpatrick.

“The region will be showcased on screen and during the promotion of Three Summers, which will enhance the tourism potential of the Peel region.  The Commission are pleased to support this project and will continue to work co-operatively with other Peel agencies to further build regional capacity around the film’s production.” he said.