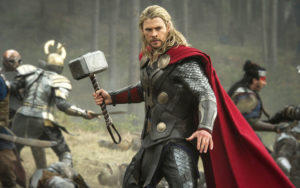 Several WA Indigenous screenmakers were recently announced by Screen Australia as attachments on Marvel’s Thor:Ragnarok and Ridley Scott’s Alien:Covenant. The attachment scheme from Screen Australia’s Indigenous Department gives unique and valuable production experience for Indigenous screenmakers who wish to break into the industry, extend their production experience or develop their career as crew and creatives. The WA attachments include:

Cornel Ozies (Director’s Attachment – Thor:Ragnarok)
Cornel is from WA’s Kimberley and started his career and a video editor at his local TV station in Broome before directing a series of documentaries for ABC, SBS and NITV. He has previously been a camera attachment on films including The Sapphires and The Great Gatsby.

Kodie Bedford (Stunts – Thor:Ragnarok)
Kodie was born and raised in WA’s Mid West with strong family ties to the East Kimberley. She has worked as a journalist, presenter, documentary producer and online producer for ABC and SBS. She is currently working as a writer with a new collective called Cope-St, which aims to produce Indigenous storytelling and create work that relates to and reflects multi-cultural Australia.

Perun Bosner (2nd Unit Production – Thor:Ragnarok)
Perun is from the WA town of Broome in the Kimberley and will be attached the 2nd unit. Perun joins the Thor team after writing and directing various documentaries through Screenwest and Screen Australia. His work has been featured on ABC, NITV and international film festivals.

Darryl Bellotti (Art Department – Alien:Covenant)
Daryl is a Perth-based graphic designer and illustrator, originally from the WA town of Carnarvon. He has also worked as lecturer and mentor, and is an Aboriginal Youth Outreach Worker for the City of Cockburn.